LAKELAND, Fla. - A group of accused Capitol rioters from Florida will be allowed to stay in contact with each other while out on bond.

A Washington D.C. judge ruled that while a group of accused Capitol rioters from Polk County will be allowed to interact with each other while out on bond with one exception-they are not allowed to have any contact with co-defendant Jonathan Pollock, who remains a fugitive.

Prosecutors had asked the judge to stop all communication between defendants, Olivia Pollock, Joshua Doolin, Michael Perkins and Joseph Hutchinson. They argued the group may be helping Pollock hide from authorities.

But in a joint response by the defense, they called it pure speculation and the judge agreed.

Prosecutors say on January 6, 2021, Jonathan Pollock and Hutchinson charged the fence at the Capitol and began attacking police. 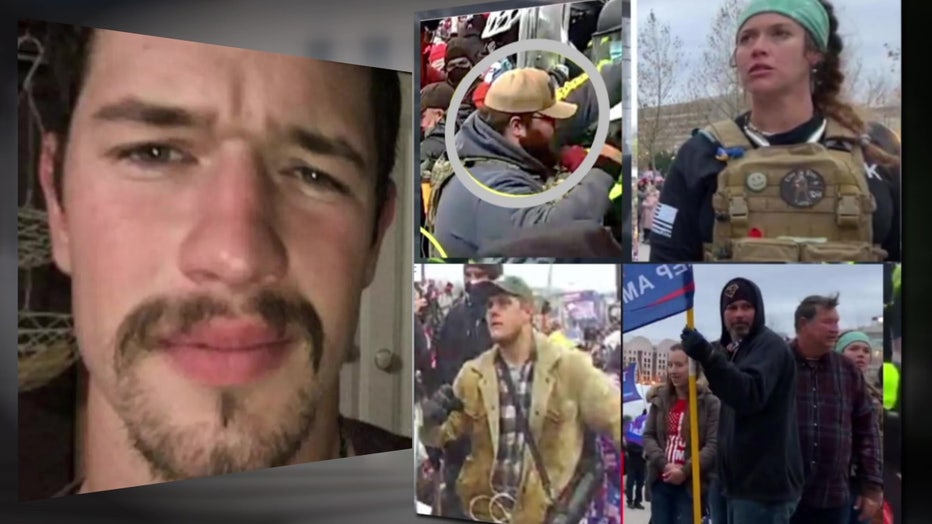 Documents show Jonathan Pollock is heard yelling "let’s go" as he attacked police, pulling and dragging one officer down the Capitol steps.

Yet, eighteen months later he has yet to be caught.

The FBI is offering up to $15,000.00 dollar reward for information leading to his capture.