NEW YORK - President Trump's personal attorney Rudy Giuliani on Thursday aggressively made the case for the Trump campaign's legal challenge of the 2020 election results, alleging in a fiery news conference that there was a "centralized" plan to carry out voter fraud around the country.

President Donald Trump's campaign and his personal attorney held a news conference Thursday on the progress of legal actions regarding the President’s election challenge.

This is a different approach than the campaign has recently taken in court, where they have primarily focused on the validity of ballots and counts without asserting fraud. While Giuliani did not present any direct evidence of a massive fraud scheme, Giuliani asserted that this is the "logical conclusion" reached as a result of incidents he said took place in several states. 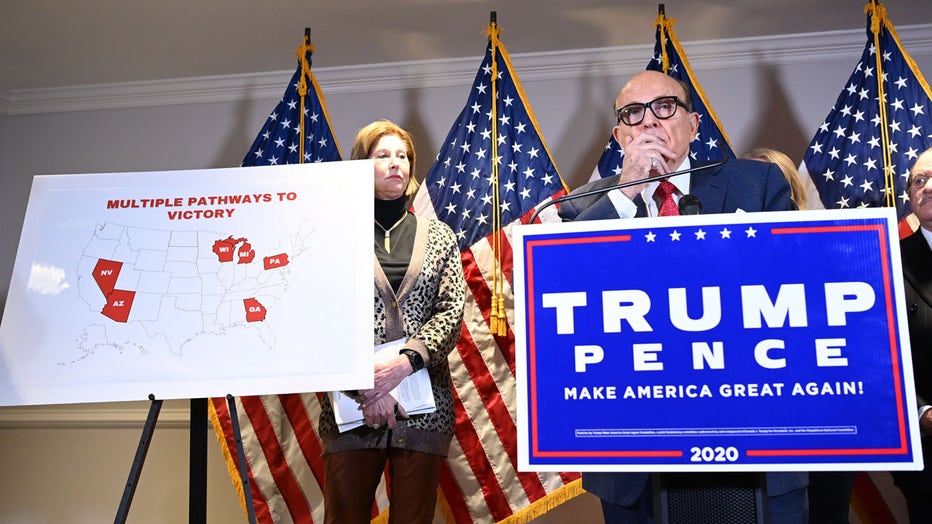 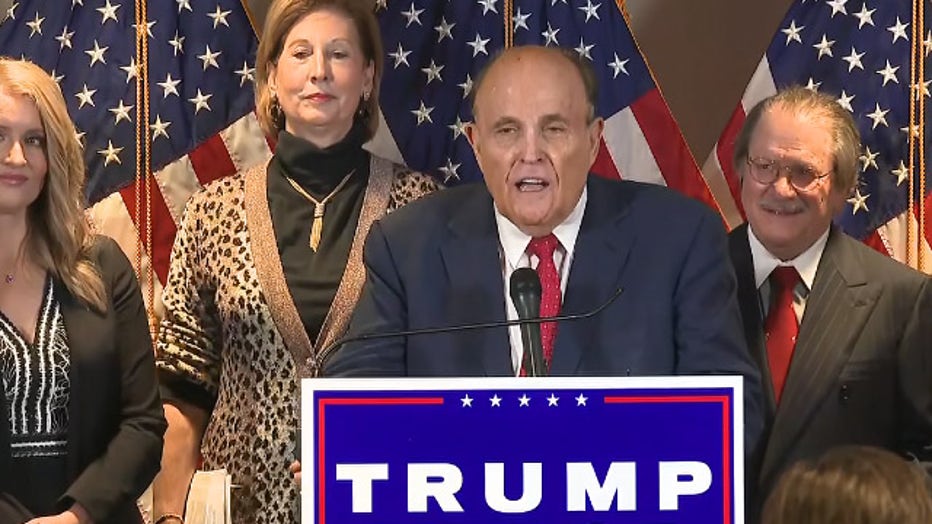 "What I’m describing to you is a massive fraud," Giuliani said at the Capitol Hill news conference with other members of Trump's legal team, who repeatedly lashed out the news media and accused them of treating their efforts unfairly.

At one point, Giuliani repeatedly told one member of the press, "you're lying."

His descriptions largely entailed recitations of allegations put forth in several lawsuits that the Trump campaign has filed. 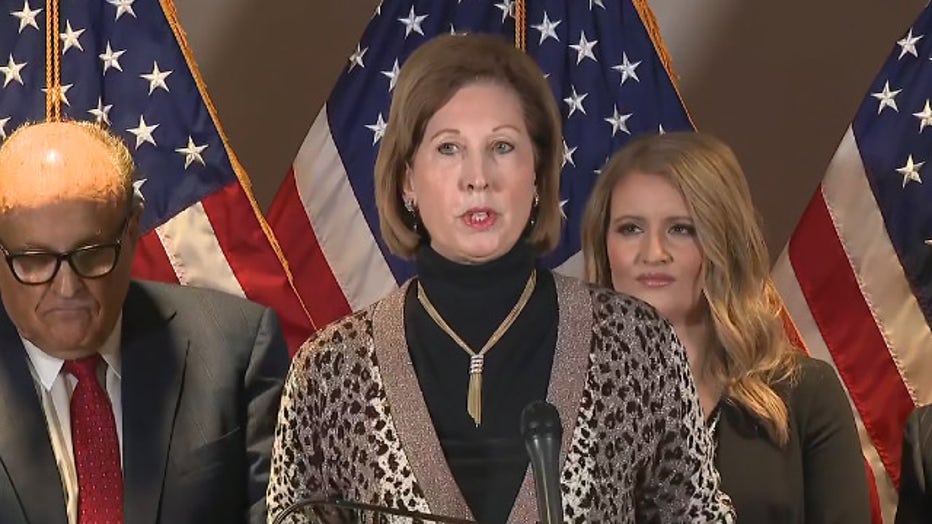 The former New York City mayor spoke to incidents in Pennsylvania where Republican poll watchers claimed they were not allowed to observe the counting process because they were kept too far away. A judge had ruled in their favor and ordered that they be permitted six feet away from the counting at a center in Philadelphia, but that was overturned after officials appealed.

Giuliani also claimed that while Pennsylvania does not allow absentee voters to fix any errors with their ballots, some were given that opportunity -- but not those from Republican areas.

He cited sworn affidavits from cases in Pennsylvania and Michigan from poll workers who spoke about instructions from supervisors. One affidavit said that workers in Pennsylvania were instructed to assign ballots without names to random people, resulting in thousands of people in Pittsburgh showing up to the polls to find that votes had been cast in their names.

Another affidavit said that in Michigan a supervisor instructed workers to change the dates on absentee ballots to show that they arrived earlier than they had. An affidavit also claimed that workers were told not to request photo identification from Michigan voters, even though state law requires it. 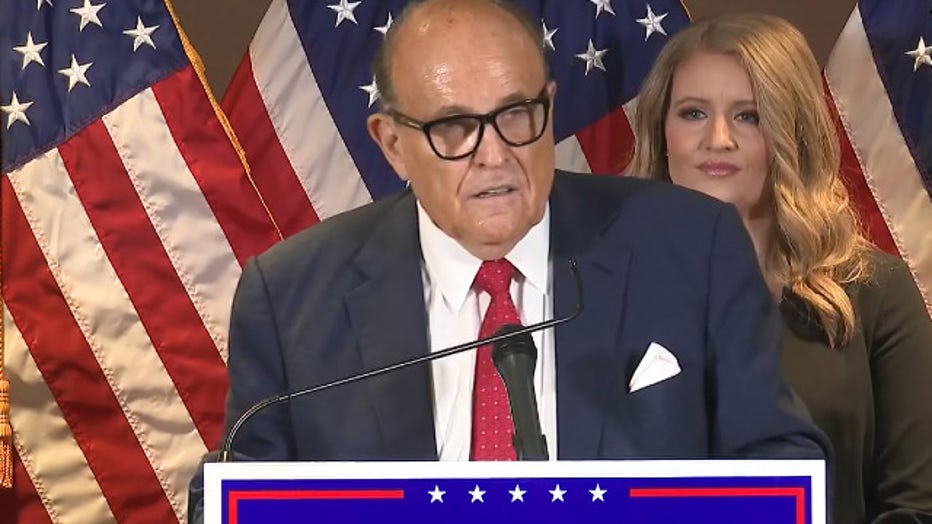 Giuliani also said that approximately 100,000 absentee ballots in Wisconsin should have been deemed invalid because there were no applications for them. President-elect Joe Biden leads President Trump in that state by roughly 20,000 votes.

Trump campaign legal adviser Jenna Ellis explained the lack of new evidence at the news conference to support their allegations by saying this was merely an "opening statement," and that more evidence would be forthcoming in court.

Giuliani also said that more lawsuits could be coming in Arizona and potentially New Mexico, where Trump trails Biden by nearly 100,000 votes. He also said a challenge could come in Virginia, where Biden leads by almost 500,000 votes, if they believe they could overcome that deficit. 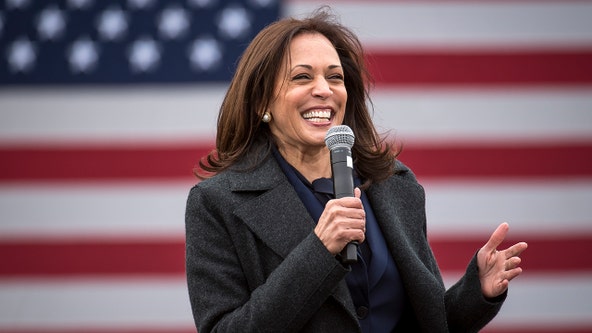 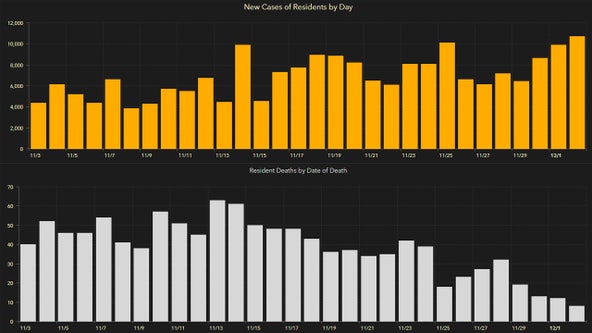