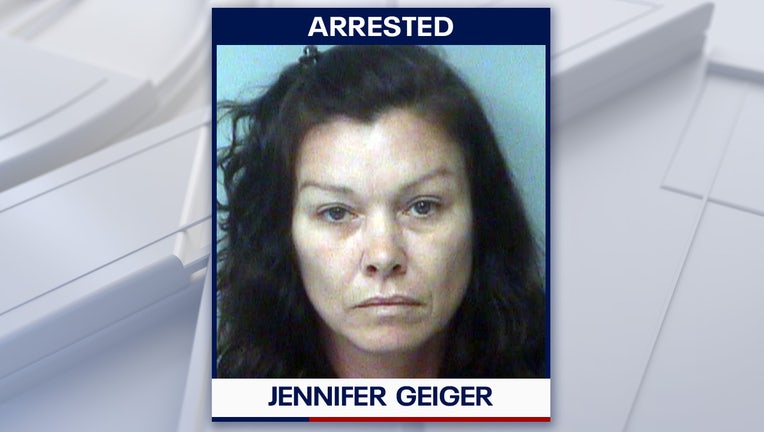 CLEARWATER, Fla. - Police in Clearwater arrested a woman who they say duped an elderly man with dementia into signing over two of his properties to her son.

Detectives said the victim, a 90-year-old man, owned two units at a condominium complex in Largo where the suspect, 44-year-old Jennifer Geiger, worked as a property manager.

According to investigators, the victim "was unable to make financial decisions due to cognitive decline," which was documented twice by his doctors.

Police said Geiger befriended the man, and in May 2020, she convinced him to sign over ownership of his two condo units to her son.

On Tuesday, detectives with the Clearwater police economic crimes unit charged Geiger with exploitation of an elderly person or disabled adult, a first-degree felony.