SARASOTA, Fla. - Seagrass beds are a critical part of Florida’s environmental foundation. They're an important food source for manatees, provide habitats for juvenile fish, and filter the waterways of the Sunshine State.

Seagrass beds are also disappearing at an alarming rate. Florida's lawmakers say they have a plan to reverse the losses by making developers who destroy seagrass to replant it elsewhere.

Environmentalists say the plan won't work. Instead, they say existing seagrass beds must be fiercely protected.

"Seagrass is the linchpin of Florida’s ocean coastal ecosystem," said J.P. Brooker, the director of Florida Conservation for Ocean Conservancy. 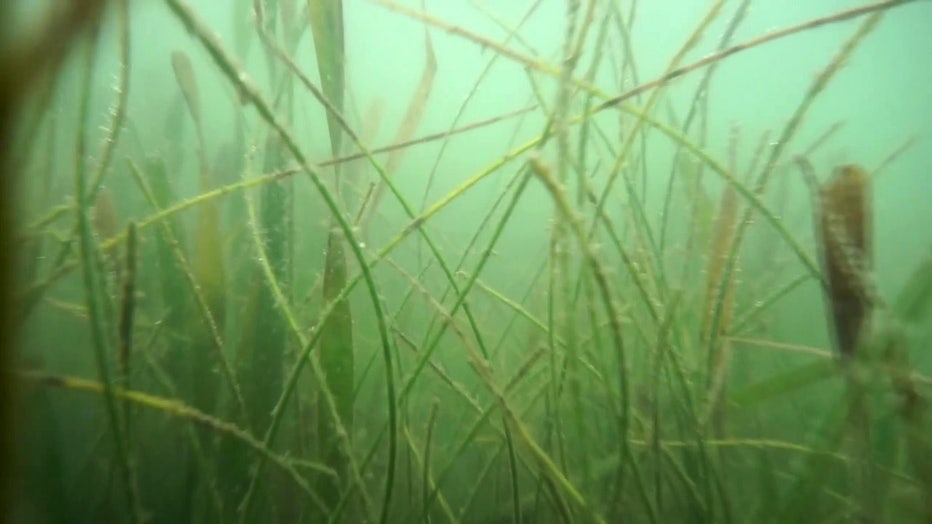 In recent years, thousands of acres of seagrass have disappeared across the state. Brooker is worried a House and Senate Bill could end up making the situation worse.

"If we, as Floridians, all care about our oceans and coast, we can put an end to this kind of thing and we can make conservation the priority, preserving that wild seagrass that we really need as Floridians," he said.

The bills, HB 349 and SB 198, would form a seagrass mitigation bank. If a developer of a project or dock destroyed seagrass, they would purchase credits from the bank to allow for seagrass restoration elsewhere.

Brooker said it's not a smart idea.

A new effort to restore seagrass and clams kicked off Saturday in Long Boat Key.

"The science doesn't back that up. We know that the planted seagrass doesn't have the same functionality that the wild seagrass does. In fact, you’d have to plant four acres of seagrass just to approximate the services that one acre of wild seagrass provides," he said.

Seagrass is one of the main sources of food for manatees. Last year, more than a 1,000 manatees died, many from starvation. Brooker and others say the proposed bills would make those numbers worse.

"We have no room for any kind of loss now," said Rusty Chinnis, a board member with Tampa Bay and Suncoast Waterkeepers. "The grass beds are in really bad shape. A lot of algae on the bay. So we need to come up with solutions that increase the seagrass, not potentially decrease."

"You're really setting yourself up for an uphill battle and we are afraid it’s a battle that we can never win. We want to preserve the wild seagrass in its place," said Brooker.