This Lyft driver compiles a quote book from his passengers, proving that although they may come from all walks of life 'we're all the same.'

TAMPA, Fla. - You'll pick up a sunny outlook when Steven Jordan picks you up as a driver for Lyft.

"This day and time, it's what you need, some kind of positivity in the world, positivity not negativity. My grandmother used to say that you catch more bees with honey than you do vinegar," Jordan told FOX 13.

As a typical Lyft driver, he is pulled to the typical hot spots around town.

"Ybor City. It's one of the fun ones. College guys, oh, they're a lot of fun! " Jordan said. "One group wanted me to pull my truck over and go with them. They were having a good time." 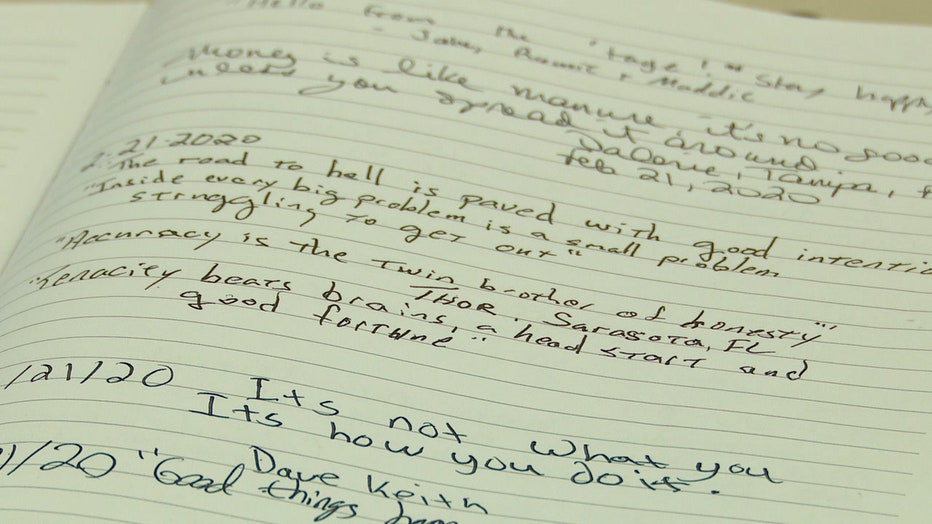 He said he enjoys meeting people from all walks of life. 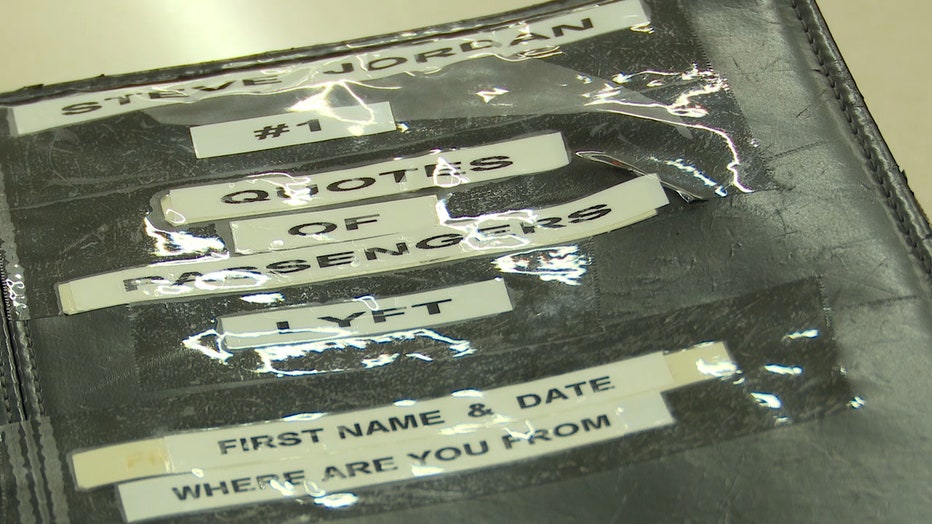 Meeting people is one thing, but, for Jordan -- and really every other Lyft driver -- their backs are to the passenger. Jordan thought of a way to see his passengers without ever having to turn around. 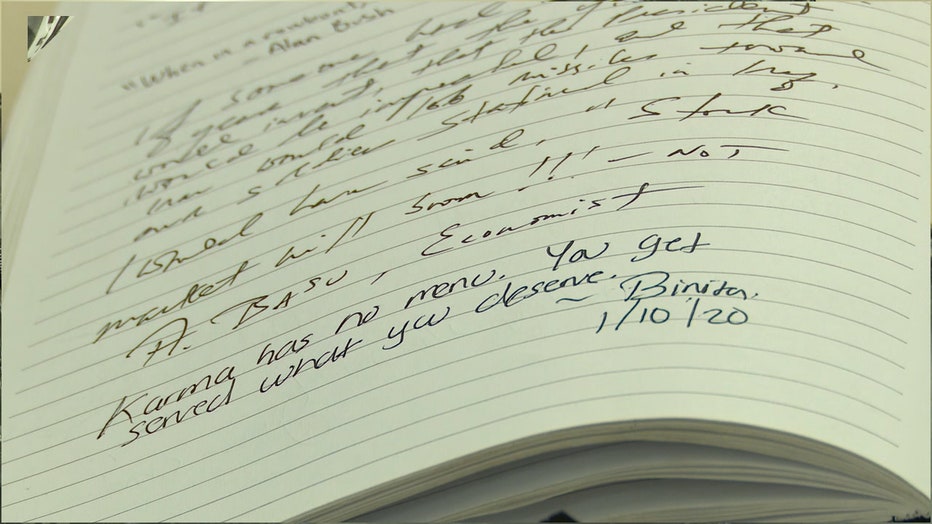 Then, the "quote book" was born.

Jordan asks his riders to share a quote, or whatever is on their minds in that book. It can be anonymous, or they can sign their name.

"It took me 18 months. People started writing in it in April of 2019 -- 916 quotes in it, 23 different languages," Jordan explained. "Different parts of the world. Southeast Asia, all 50 states, and Puerto Rico and Haiti. Some of them funny, some not, some serious." 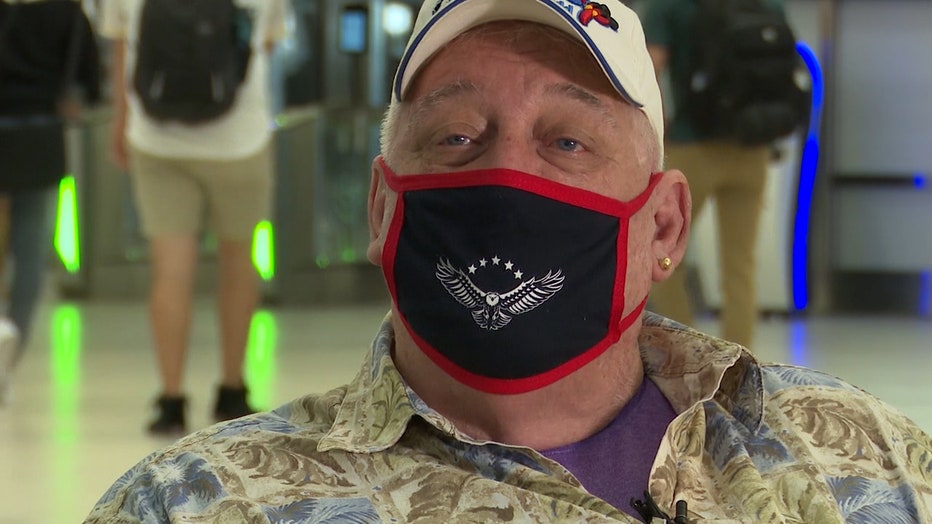 Jordan hopes to publish the book -- just the way it is -- in the original handwriting of his customers and sell it. He said readers will see what he sees: that all the comments are positive, all of us are alike.