ARLINGTON, Texas - Recently, FOX 13 told you about Ellis Alanson, a Tampa Bay Rays superfan with special needs whose parents surprised him with tickets to game four of the World Series. A clip of Ellis getting the tickets made its way to the Rays, who then wanted to make the experience even better for him.

They decided to surprise Ellis again. Only this time it would be at the game, and with plenty of Rays swag.

"We're going to present Ellis ... with some pins, some hats, and a team-signed bat," Rays VP of marketing and creative services Eric Weisberg told FOX 13 Sports "It's rare that we have the interactions with fans like this, especially in 2020 so to do this, I am so nervous, and I'm really excited to see his reaction. 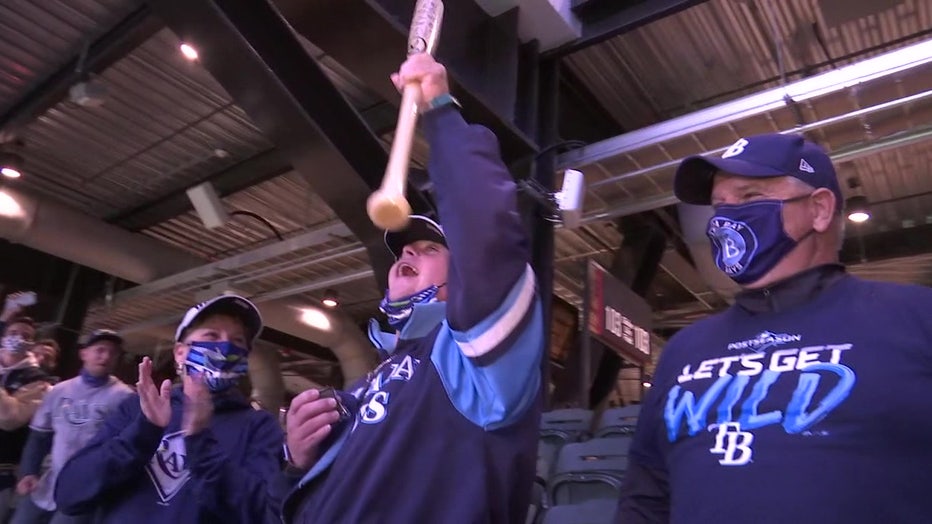 As you can imagine, Ellis wasn't disappointed. 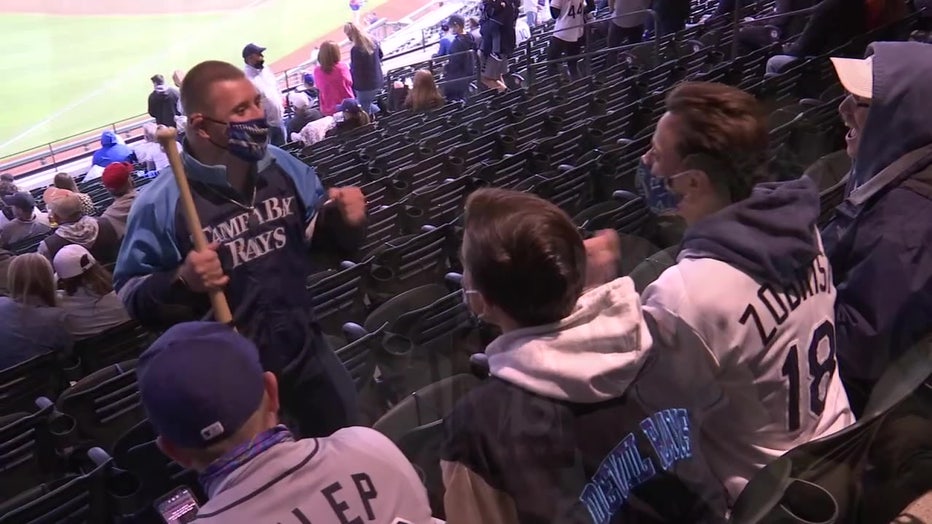 Sharing the moment with Ellis and his parents were Paul Gelep and his three sons, who were sitting just several seats down. Paul has a daughter who, like Ellis, also has Down syndrome.

"We try so hard to have inclusion in everything that's done, and to have him there with something that's a passion like that, (it's) wonderful," Paul said. "It's going to be a memory for him forever."