TAMPA, Fla. - 2020 is turning out to be a record year for early voting in Florida. Already in Hillsborough County, more than half-a-million votes have been cast according to the unofficial turnout on the Hillsborough County Supervisor of Elections website. Sunday was the last day to cast an early vote in person.

"I wanted to be a part of something for the first time. Actually, I had the chance to vote last time and I didn't and I regretted it so I'm glad I did," voter Ricardo Dip said.

"The process itself was awesome. Other times I have waited until the very last moment to vote the last day and it has been unbelievable the amount of time that you would spend," voter Hector Pabon said. 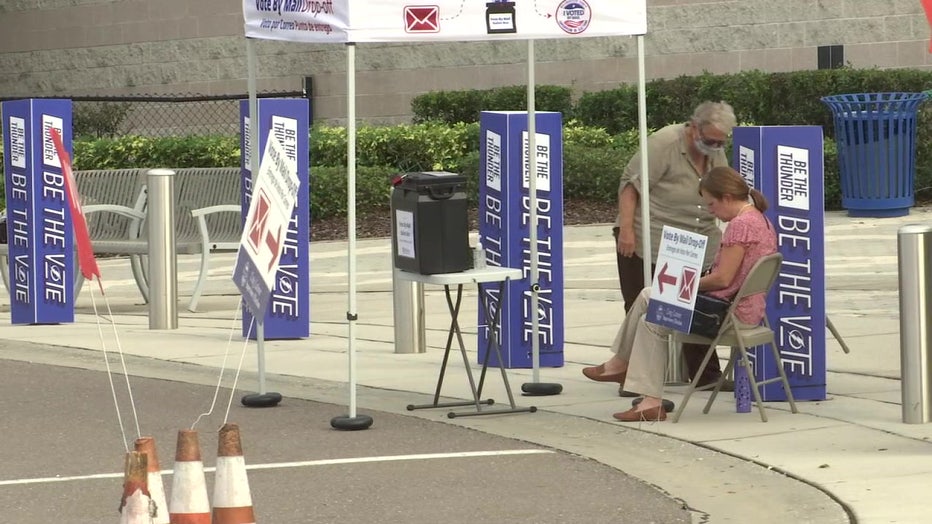 At Amalie Arena, Sunday lines were nowhere to be found. Voters we spoke with say they were in and out in five minutes, but it wasn't the same elsewhere. At the Platt Regional Library in South Tampa long lines wrapped around the building as people waited to cast their early ballots.

"It was just in and out and I felt very safe. They had hand sanitizer at the entrance and every employee was wearing a mask so it was awesome," voter Elsie Calimano said.

If you didn't get a chance to make it to the polls, you still have Election Day to cast your ballot. The same goes for mail-in voters who have until Tuesday at 7 p.m. to drop off their mail-in ballots at supervisors of elections offices. Voters are warned not to put ballots in the mail because they won't arrive on time.