TALLAHASSEE, Fla. - Trulieve, the state’s largest medical marijuana operator, and Pasco County country music legends The Bellamy Brothers are backing a proposed constitutional amendment that would allow recreational use of marijuana by people 21 or older.

The proposed amendment was filed Monday at the state Division of Elections, with Tallahassee-based Trulieve contributing $5 million to the effort to get the measure on the 2024 ballot. Other multi-state medical marijuana operators also are expected to support the campaign.

Florida voters passed a constitutional amendment in 2016 to broadly legalize medical marijuana, and nearly 800,000 patients have been authorized for the treatment.

While past recreational-marijuana initiatives in the state have failed, supporters of the new proposal say they’re confident it will satisfy Florida Supreme Court requirements to make it onto the ballot and will gain support from voters.

Florida Agriculture Commissioner Nikki Fried, the only statewide-elected Democrat, is now hoping to take on Governor Ron DeSantis in the midterm election in November. But first, she has to face off against Congressman Charlie Crist in the Democratic primary on Aug. 23. Fried sat down with FOX 13's Craig Patrick in a one-on-one interview to discuss her platform.

"It’s all about improving access," Trulieve CEO Kim Rivers told The News Service of Florida in an interview. "We came into this with a mission to provide access to high-quality products that are safe and have an appropriate value proposition to give folks control over their --- in the original days --- medical journey. I don’t think that changes here. I mean, in effect we are at our core about expanding the opportunity for access to safe legal product, which is what this would allow us to continue to do."

RELATED: Senate bill would decriminalize marijuana at the federal level

The "Adult Personal Use of Marijuana" proposal would allow people 21 or older "to possess, purchase, or use marijuana products and marijuana accessories for non-medical personal consumption by smoking, ingestion, or otherwise." 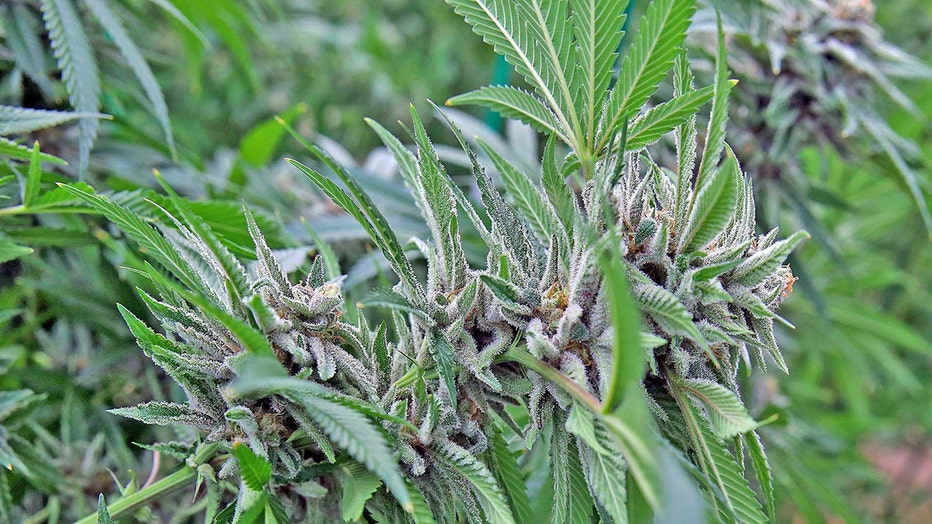 The proposed amendment, which was provided to the News Service, also would allow "medical marijuana treatment centers, and other state licensed entities, to acquire, cultivate, process, manufacture, sell and distribute such products and accessories." The initiative would not authorize people to grow marijuana plants for personal use.

2018: Court rules Redner can grow his own medical marijuana

The proposal could bust up the state’s current requirement that medical marijuana businesses --- called "medical marijuana treatment centers" --- conduct all aspects of operations, from cultivation to retailing. Lawmakers established the industry’s "vertical integration" system after the 2016 amendment passed, but critics maintain it makes operations prohibitively expensive for smaller entrepreneurs.

If voters sign off on the new proposal, lawmakers still would have final say on how the industry is structured.

"Nothing in this amendment prohibits the Legislature from enacting laws that are consistent with this amendment," the proposal says.

Rivers said the nod to the Legislature was intentional and pointed to a requirement that proposed constitutional amendments be limited to single subjects. The Florida Supreme Court reviews proposals to make sure they comply with the requirement. 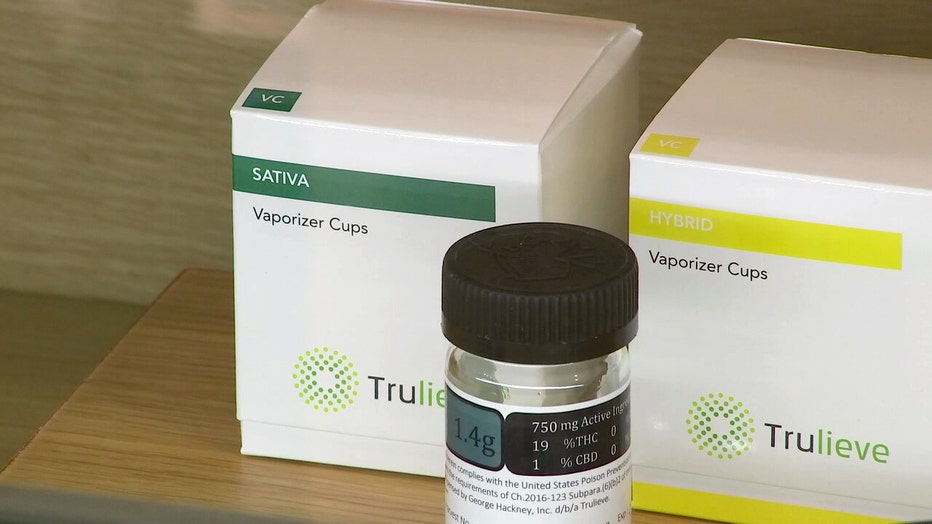 "Any amendment in the state of Florida has to be very careful in terms of single subjects with this court and so I do know, speaking with the lawyers, that there was a very high focus on keeping this really focused around authorizing adult use and then allowing the Legislature to develop policy," she said.

The Smart & Safe Florida political committee, headed by musician David Bellamy, is supporting the proposal, which would need nearly 900,000 petition signatures to make it onto the 2024 ballot. Paperwork for the committee was filed Monday at the Division of Elections.

The Bellamy Brothers, Florida natives who own a ranch in Pasco County, already joined forces with Trulieve for a line of cannabis products.

The musical duo, who are in their 70s, told the News Service that "Florida is ready" for recreational marijuana.

"As we travel the country, we see the benefits of adult use and as Florida residents we love the ‘freedom state’ moniker and believe that Florida needs to join the millions of Americans whose adults are free to use cannabis without fear of being incarcerated," they said in an email response to questions from the News Service. 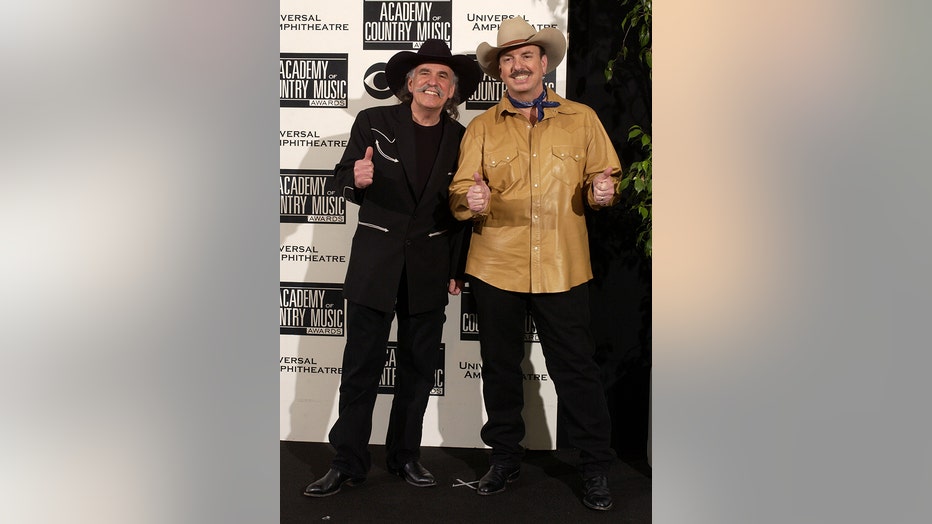 The Bellamy Brothers backstage at the 37th Academy of Country Music Awards. (Photo by SGranitz/WireImage)

One proposal, backed by the political committee Sensible Florida, was framed as regulating marijuana similar to alcohol. But in a 5-2 decision in June 2021, the court ruled that the ballot summary would be misleading to voters. Attorney General Ashley Moody and the Florida Chamber of Commerce were among the opponents of the initiative.

A new survey shows a majority of Floridians are in support of it, but organizations are still concerned it may not make the ballot in 2022. It's been nearly a decade since Colorado and Washington become the first two states to legalize recreational marijuana. Now, it's legal in 18 states, including the District of Columbia and Guam. Many hope the Sunshine State is next.

The court in April 2021 also rejected a separate recreational-marijuana initiative, backed by the Make It Legal committee, saying for different reasons that the proposal would mislead voters.

Rivers said lawyers have scrutinized the court’s rulings when crafting the latest proposal.

"Every initiative has provided some level of learning," she said. "With this initiative, the authors have taken a hard look at the Supreme Court rulings surrounding the previous efforts and taken that into consideration. We believe it’s a very appropriate and narrowly focused amendment that does defer appropriately to the Legislature."

While Trulieve is contributing the seed money for the effort, Rivers said she expects the proposal will draw support from other industry leaders.

At least 35 people have been hospitalized in Hillsborough County after smoking synthetic marijuana, also known as spice.

"While we’re happy to provide investment, we also do believe that there are a lot of folks who are very passionate about this and I expect to have a great engagement across the community," she said.

After the Supreme Court rejected its proposal last year, Sensible Florida filed another initiative for the 2024 ballot that would allow people 21 or older to use marijuana and grow a limited number of marijuana plants. Trulieve contributed $250,000 to the committee, which has collected fewer than 23,000 petition signatures.

But it’s expected that supporters of authorizing adult use will galvanize around the amendment filed Monday.

A court has concluded that Joe Redner can grow his own marijuana under the guidelines set forth by his doctor to treat his cancer.

With a steadily growing number of medical marijuana patients in the state and attitudes toward pot becoming increasingly favorable, Rivers said she expects a "large grass-roots effort" to drum up support for the adult-use proposal.

"One of the interesting aspects here is that we do have (a) medical-cannabis market and we have hundreds of thousands of patients in Florida who are utilizing medical cannabis regularly. So our ability to reach out and to have more direct communication … is a bit unique from a positioning perspective," she said.

The Bellamy brothers also maintain that allowing people to use marijuana will help save money for the state and help people who have been "wrongfully" imprisoned for possession of cannabis.

"We see it every day and hear it from everyone we speak with, that the idea of putting adults in jail and ruining their lives for using cannabis is crazy. We have also read the polls and see consistent and strong support for an effort to allow adults to use cannabis," they said in the email.