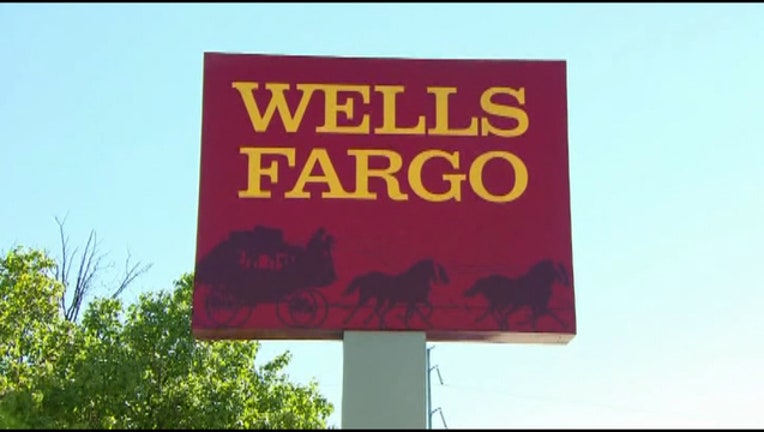 NEW YORK (AP) - Wells Fargo charges students the most in fees on average to have a bank account, according to a government report.

The report authored by the Consumer Financial Protection Bureau and released late Friday showed that students paid an average of $46.99 in fees to Wells Fargo over 12 months. That's nearly double the fees charged students by TCF National Bank and U.S. Bank, which ranked second and third.

The CFPB report focused on what are known as college-sponsored accounts, for which a bank often pays money to a college or university to market their accounts to students when they arrive on campus. College-sponsored accounts have been controversial for some time, since a college's endorsement of a product tends to carry weight with students and parents when they are searching for a good or service.

In fact, the CFPB report found that banks that paid marketing fees to colleges and universities were often the ones charging students the higher fees. Banks that paid colleges to promote their products had an average fee of $36.52 while banks that didn't do paid promotion had an average fee of $11.93. The fees calculated by the CFPB included both account maintenance fees and overdraft fees.

The report in question had existed for more than a year, and had not been released publicly. It took requests by news organizations and advocacy groups under the Freedom of Information Act to get the report. In his August resignation letter, Seth Frotman, who used to be the bureau's top official overseeing student loans, accused the new political appointees of suppressing the bureau's work.

In total the CFPB examined 573 colleges and universities over the 2016-2017 academic year and found collectively students paid $27.6 million in fees to banks.

Wells Fargo was the second-most popular bank for college students in the study, with roughly 304,000 active accounts. BankMobile, a digital-only bank that focuses on students, was the most popular with roughly 808,000 customers. In contrast, students paid an average $12.12 in fees over 12 months to BankMobile, among the lowest in the CFPB's study.

Wells Fargo has been under intense scrutiny for several years now for its business practices, after its employees were found opening multiple bank accounts for customers to meet sales quotas, and bundling products with mortgages and auto loans that customers did not need. The bank has paid hundreds of millions of dollars in fines to state and federal regulators and is currently restrained from growing any bigger by the Federal Reserve until its bad behavior is sufficiently cleaned up.

In a statement, Wells Fargo did not dispute the report's findings, but said higher fees are sometimes tied to more complicated banking services, like wire transfers or international account usage. The bank also said that it was not in its best financial interest to overcharge students.

"We want to build lifelong relationships with customers, and we know that the experience a student customer has with us will impact our opportunity to serve the customer's future financial service needs," said Jim Seitz, a company spokesman.