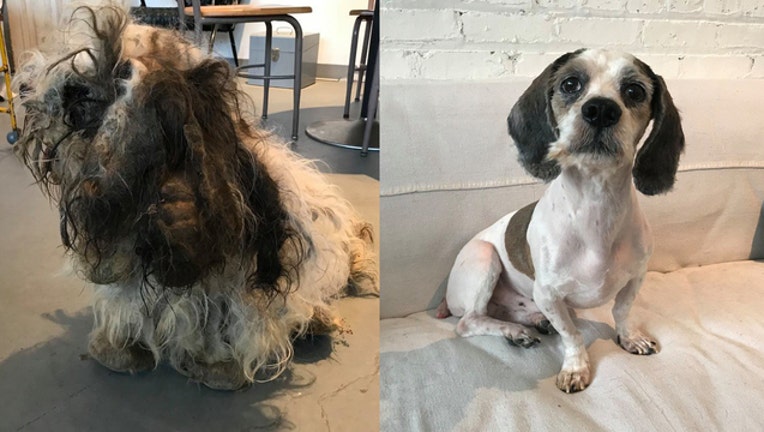 CHICAGO, Ill. (STORYFUL) - A dog rescued in Chicago, Illinois, had a big transformation when the Trio Animal Foundation spent over two hours attempting to rid him of his matted coat.

The Trio Animal Foundation shared before and after photos of the cocker spaniel mix named Sang Su on October 4. The group said Sang Su’s ears were infected and sore, adding that he was “very unsure” and just wanted to be held. “His eyes look vacant and he has yet to show happiness,” the foundation wrote.

The rescue group said his fur was matted with urine. It took anesthesia, four medical staff members and at least two hours to get through his fur. They also said his ears are infected, have sores and are starting to form hematomas.

"One can only image what this poor dog has been through and the loss that he has endured," the group said.

Trio Animal Foundation also shared a video of Sang Su on October 5, which shows him enjoying attention from a carer.