TAMPA, Fla. - Images released by NASA show the storm surge from Hurricane Ian running back out to sea. The water appears to extend more than 100 miles off the coast, taking a big chunk of the shoreline with it.

"You are seeing the impact, almost like a punch," said Ian Reed, the director of academic programs at MOSI.

The brown seen in the images near the coast is likely sediment from land and rivers flowing back out. The turquoise is likely from the sea floor being disturbed as the storm came in.

Reed said he was concerned about what this could mean for both the water and the land. It depends on what chemicals are in the soil.

"Especially for those who have farms, sugar cane down here in South Florida," said Reed. "Now they are going to have to think about what can we do to mitigate this risk of losing those nutrients." 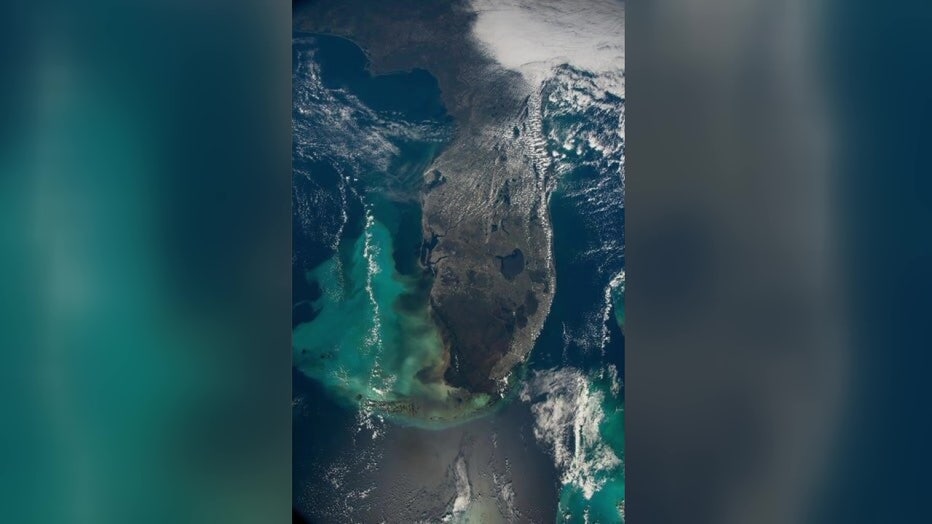 The health of the water also depends on how many pollutants were swept into rivers, which are now emptying into the ocean. University of Central Florida planetary scientist Dr. Joe Donoghue is mostly concerned about the decaying coastline, which normally moves just a meter a year.

Hurricane Ian may have moved the coastline 10 meters in just 10 hours.

"The dunes on that part of the coast was most heavily affected in the Fort Myers and Charlotte Harbor area have mostly been removed by us in development. And that's one reason why the storm had such a great effect," Donoghue said.

San can be pumped back on shore, but that will add to the already enormous price tag on recovery efforts from Hurricane Ian. It's an impact so big that it can be seen from space.

"You can get as much as a century's worth of annual sediment in a given storm, even just within a few days," said Donoghue.