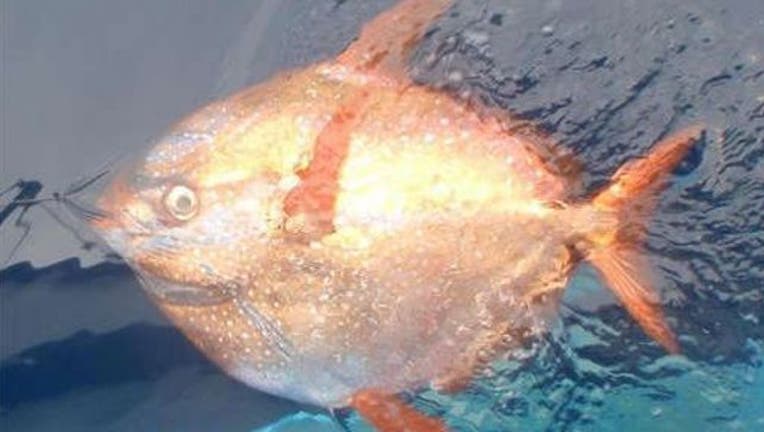 Scientists at the National Oceanic and Atmospheric Administration have discovered the world's first warm-blooded fish – the opah.

Researchers discovered that the fish circulates heated blood through its body much like mammals and birds by constantly flapping its fins to move around. The fish is able to flap its winglike pectoral fins to move forward, unlike most fish. Its pectoral muscle is insulated from the cold water by a layer of fat.

Live Science reports that during the NOAA's study of the fish, researchers attached temperature sensors and satellite tags to the opah that allowed them to track its movements for eight months. The scientists monitored its body temperature as the fish dove down into cooler parts of the water.

Scientists found that no matter what temperature the fish was at, it stayed five degrees cooler than the surrounding water.