LIDO KEY, Fla. - Signs reading 'Stop the Hotel Houses' line the streets up and down Lido Key and St. Armands. Residents are trying to get the attention of the Sarasota City Commission.

"Every week almost, a new large group of people is coming in -- 20 adults. You put up with them for a week and a week later 20 more people move in. It’s a constant party. Week after week after week," complained Chris Goglia.

About a year and a half ago, residents said a developer bought homes, tore them down, and replaced them with weekly vacation rental properties, which sleep up to 25 guests each.

"It’s like having the house next door to us knocked down and replaced with a small hotel," said Goglia. 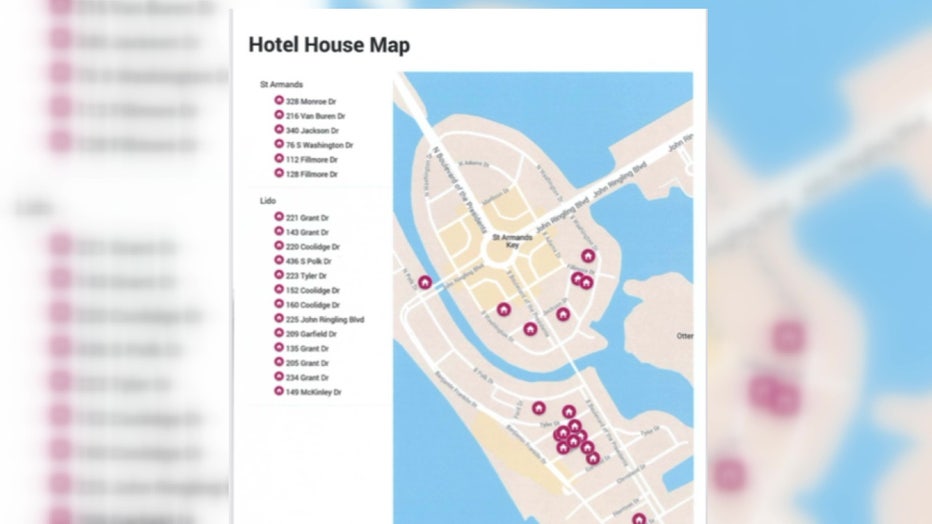 Goglia is the president of Saint Armands' resident association. He said the rentals bring trash, too many cars, and loud parties. And they're growing in numbers.

"More than the nuisances, they seem to be an illegal use of property," he said. "They all seemed to be owned by the same group of developers from out of the area. We looked into it, the same group of developers own six or seven properties that they just knocked down the houses that were on. If we don’t do anything about this there will be six or seven more of these."

Commissioners are mulling over a vacation rental ordinance. It's modeled after many beach communities across the state.

The ordinance city commissioners are looking over would possibly cap guest occupancy at 10 people. 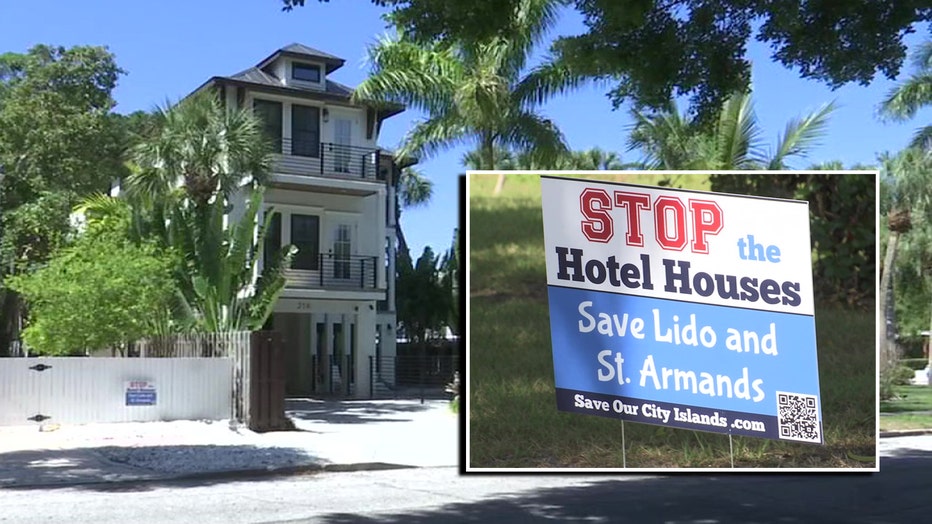 There would be parking restrictions and a requirement that rental owners would have to register with the city.

"I'm hoping we can come to some kind of consensus on how we can regulate and control these from developing further," she said.

If not, Goglia and others worry their island community will change, forever.

"We live on this island that was inspired by John Ringling. It’s got so much history. We’d lose the entire character of what St. Armands and Lido is and always has been," he said.

The development company responded with a statement, saying, "Lido Key Vacations remains committed to finding common ground with the City of Sarasota in addressing neighborhood concerns surrounding not just our properties but also the many vacation rentals within the City of Sarasota. Our industry continues to grow, not just in Sarasota, but across the state of Florida and now is the time to support professionally managed properties that are regulated in a fair and balanced manner either at the local level or with the State of Florida."

Sarasota City Commission will meet on April 6 to discuss the ordinance.

LINK: A petition has been set up in an effort to stop hotel houses https://www.saveourcityislands.com/