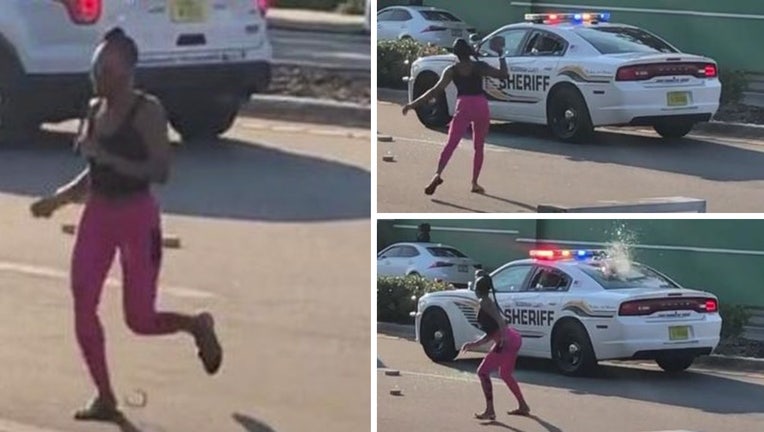 TAMPA, Fla. - Police in Tampa are hoping you can help them identify two people spotted on camera throwing rocks at a Hillsborough County Sheriff’s Office cruiser.

The vandalism happened during the protests and riots back on May 30 near 30th Street N. and Busch Boulevard. According to TPD, several police vehicles were damaged.

Cameras caught a black female throwing a brick at a marked Hillsborough County Sheriff's Office vehicle, hitting and breaking the rear window. Photos released by TPD show a second possible suspect with her. 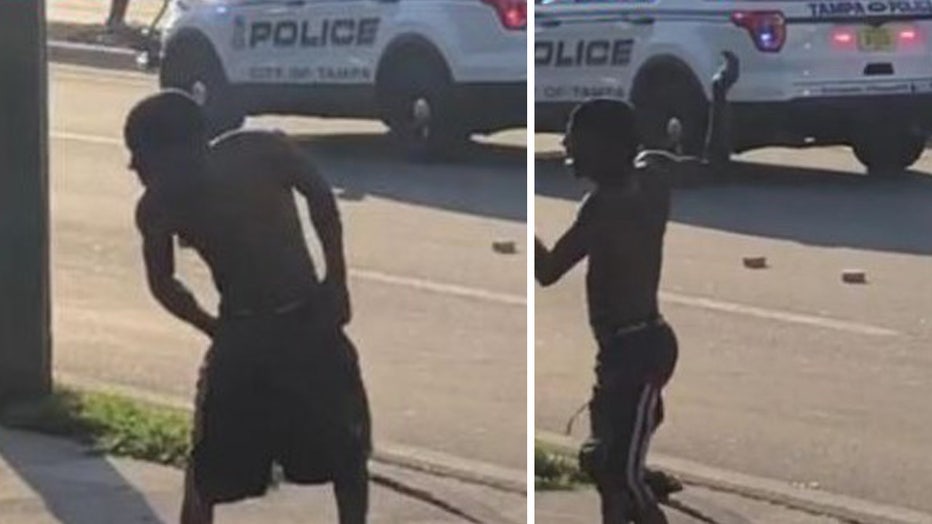 Crime Stoppers of Tampa Bay is offering a reward of up to $3,000 for information that leads to the identification and arrest of the suspects involved in these cases.  Anyone with any information regarding the identity of the suspects and who wants to be eligible for a cash reward is asked to call Crime Stoppers at 1-800-873-TIPS (8477), report anonymously online at www.crimestopperstb.com, or send a mobile tip using the P3 Tips Mobile application. Crime Stoppers must be contacted first in order to be eligible for a cash reward.