WESLEY CHAPEL, Fla. - A road ranger was seriously hurt when they were hit by a driver who then took off. Florida Highway Patrol troopers say they are trying to track down the person behind the wheel and now, Crime Stoppers of Tampa Bay is offering $5,000 to anyone who has information that leads to an arrest.

It happened around midnight Wednesday on Interstate 75, north of Overpass Road. According to FHP, the road ranger was helping troopers as they investigated a crash in the southbound lanes. 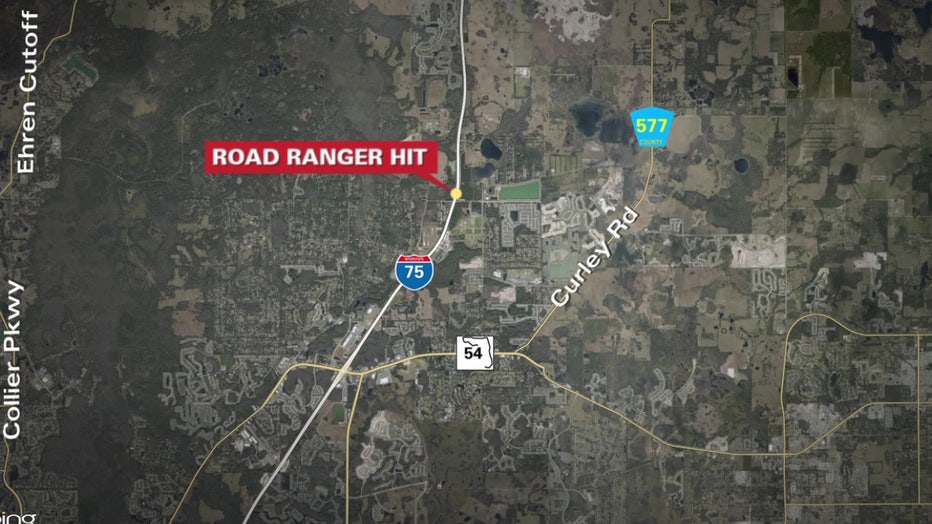 They said the road ranger, a 38-year-old man from Tampa, was walking along the closed portions of the roadway, the center, and outside lanes, which were designated by traffic cones and flairs.

Troopers said a sedan, described as a silver or light gray Toyota Camry or Corolla, partially entered the center lane and struck the road ranger, who was not publicly identified by FHP. The victim had serious injuries.

They said the driver sped away, continuing south on I-75. Troopers managed to get a partial license plate number, "F90."