TAMPA, Fla. - Wrestlemania 36 is a little over a month away from taking over Tampa Bay.

Screaming fans from all 50 states and upwards of 70 counties will flock to Raymond James Stadium April 5 for the WWE’s biggest event.

”It is going to be off the charts, the pageantry, the excitement, whatever the attendance record is here, it’s going to be broken by us. That’s what we do,” said WWE superstar Mojo Rawley. 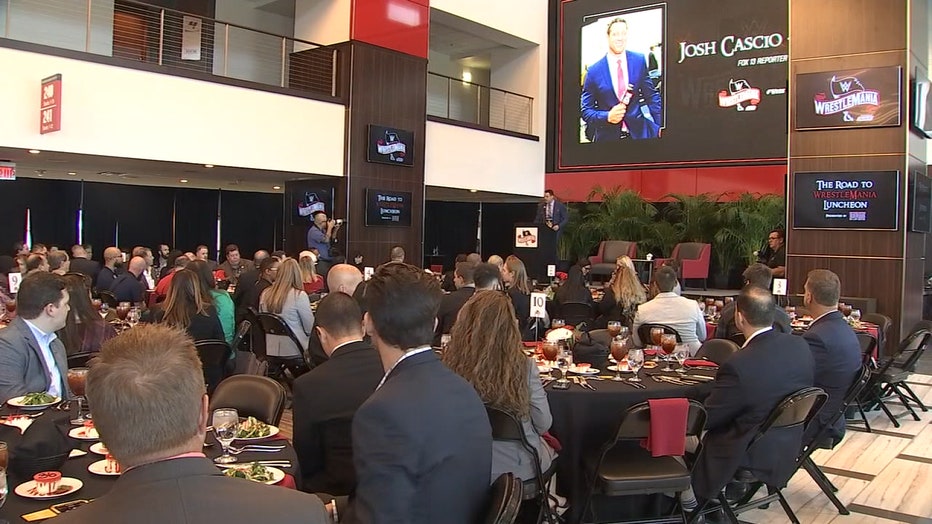 Thursday afternoon, at the Road to WrestleMania luncheon - hosted by FOX 13’s Josh Cascio - the WWE's chief brand officer, Stephanie McMahon sat down to lay out the company’s plans for the weeklong extravaganza.

There are more than 40 events in the works, including a brand new 5K fun run.

A number of acts of philanthropy are also planned.

“My parents actually mortgaged everything they owned to make WrestleMania 1 happen, not many people know that. Fast forward 36 years later, it goes from one night to a weeks’ worth of activations," McMahon explained. “We're looking to outdo ourselves form a spectacle standpoint, from a match standpoint, we're all trying to top ourselves every year. WrestleMania 36 will be no different.”

Number 36 will also be a bit of a homecoming. The ties between Tampa and pro-wrestling go back generations. On top of that, many of the current superstars got their start here in Tampa at the old FCW training center. It used to be on Dale Mabry.

“We used to have shows where there were five people in the crowd. Three of those people were out there right now, it's nuts,” said Rawley.

“It is gonna be awesome. It’s gonna be a great WrestleMania and I believe Tampa is gonna be such a great host city,” said Jinder Mahal, another WWE Superstar.

For more information on WrestleMania and all that will be happening in Tampa, visit www.wrestlemaniatampabay.com.