Tropical Depression 20 strengthened into Tropical Storm Teddy early Monday in the central Atlantic, roughly midway between the Cabo Verde Islands and the Lesser Antilles. It's expected to turn northwest by mid-week, according to the NHC. It is projected to become a "powerful" hurricane later in the week.

As of the NHC's late-morning update, Tropical Depression 21 had strengthened into Tropical Storm Vicky, the 20th named storm of the season. Vicky is out in the eastern Atlantic and forecasters say the storm is forecast to be short-lived.

Teddy and Vicky represent the earliest formation of the 19th and 20th named storms in a season, respectively.

That leaves "Wilfred" as the only name left on the predetemined list of hurricane names for the year. After that, the NHC will move on the to the Greek alphabet, which has only happened once before, in 2005. 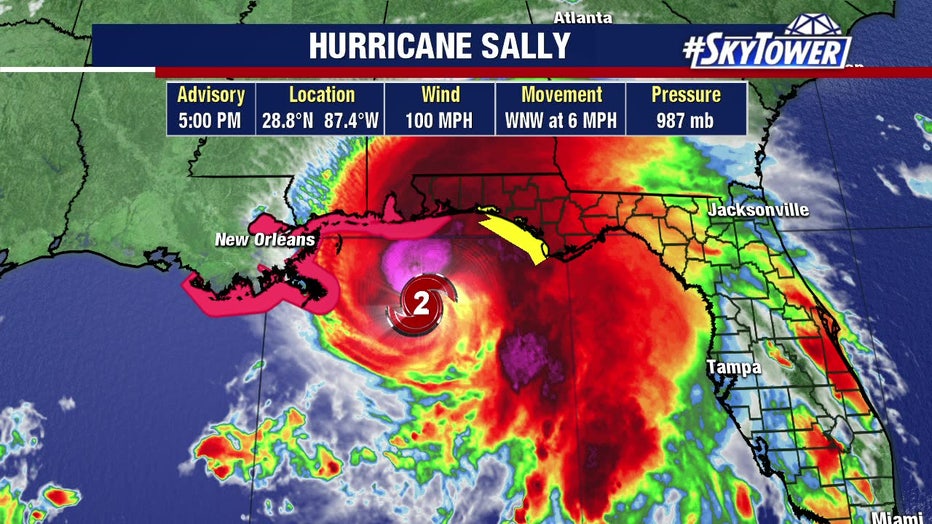 Meanwhile, Sally slowed down as it churned northward toward the U.S. Gulf Coast, increasing the risk of heavy rain and dangerous storm surge before an expected strike as a Category 1 hurricane between Louisiana and Mississippi.

“I know for a lot of people this storm seemed to come out of nowhere,” said Louisiana Gov. John Bel Edwards. “We need everybody to pay attention to this storm. Let’s take this one seriously.” 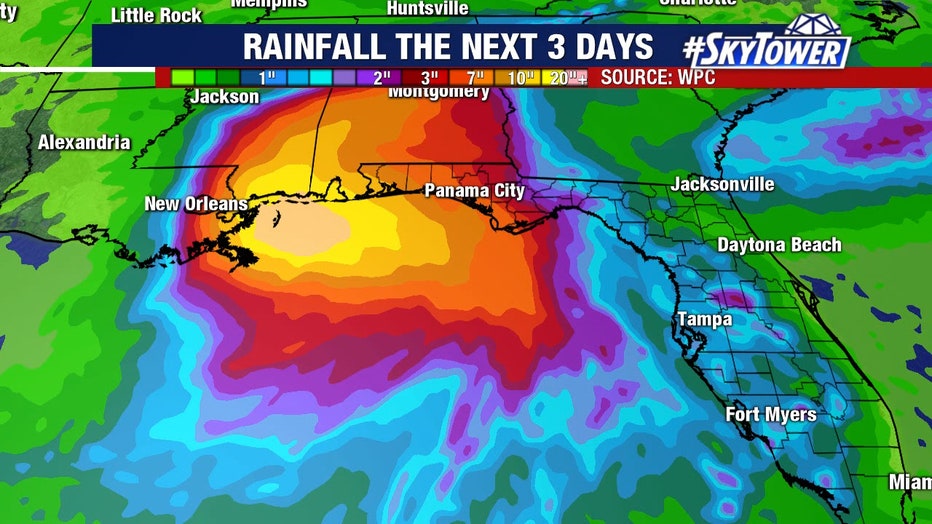 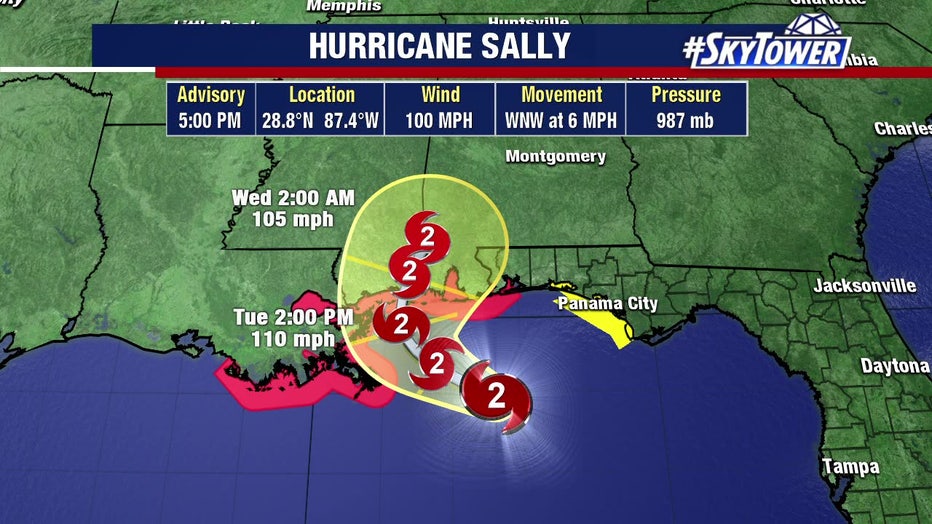 Edwards urged people to prepare for the storm immediately. He also said there are still many from southwestern Louisiana who evacuated from Hurricane Laura into New Orleans — exactly the area that could be hit by Sally, which is a slow moving storm.

“Based on all of the available information, we have every reason to believe this storm represents a significant threat,” he said, adding that the coronavirus adds a layer of complexity to storm preparations. 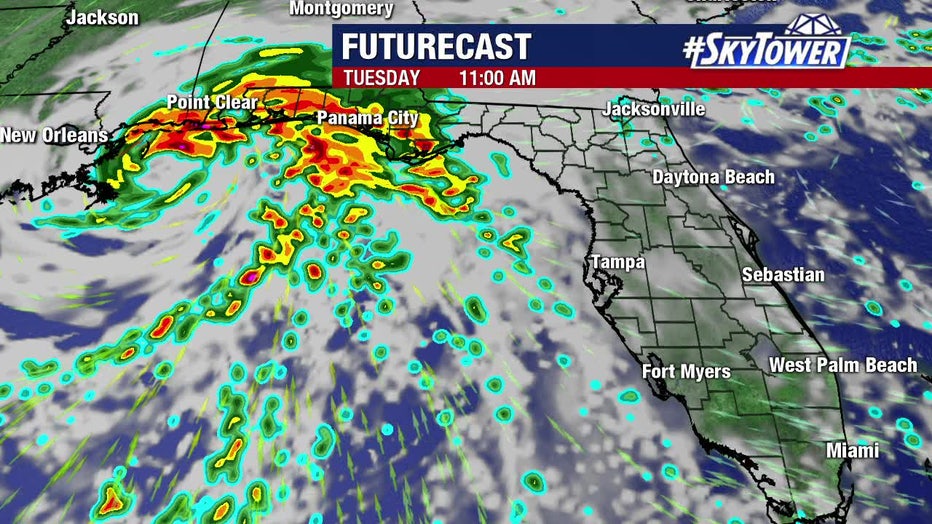 There are still some 5,400 members of the state’s National Guard mobilized from Laura, and they will assist with Sally.