An 18-year-old new mother from New Mexico, has been charged with attempted murder after police say security camera video captured her throwing her newborn infant into a dumpster and driving off. The video also showed rescuers pulling the baby to safety hours later. (WARNING: This video may be disturbing for some viewers.)

HOBBS, N.M. - Surveillance video taken outside a New Mexico store shows the moments a teen mom tossed her unwanted newborn baby into a dumpster – and the rescuers who pulled him to safety five hours later.

"I got a call about 8:30 on Friday, and Hobbs PD said, ‘Hey Joe are your cameras working out back?’" Joe Imbriale, the owner of Rig Outfitters, told Fox News Digital. "They said we have a crime scene."

At first, he thought someone had broken into the store. But the video showed a woman pulling up in a white car around 2 p.m. MT Friday, unceremoniously tossing a black bag from the backseat into the dumpster and driving off.

Close to six hours later, the cameras show a group of people fishing through the dumpster and pulling the baby out. They had heard the baby crying inside, Imbriale said.

Acting Hobbs Police Chief August Fons said during a news briefing Monday afternoon that the three people were scavenging in the dumpsters "for anything of value" when they heard whimpering inside. They dug closer and eventually found the male newborn inside a trash bag. 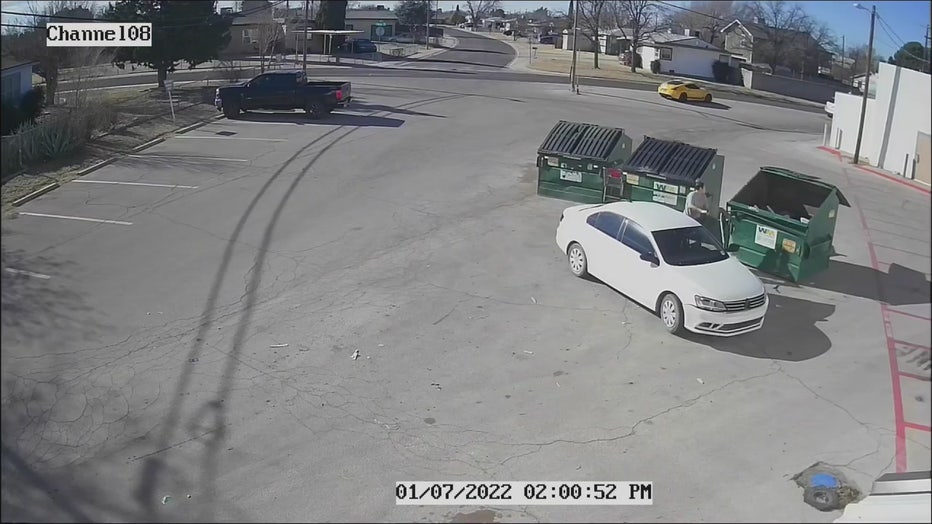 The video shows a woman pulling up in a white car, unceremoniously tossing a black bag from the backseat into the dumpster and driving off. (Joe Imbriale/Rig Outfitters)

They picked him out, wrapped in a "dirty, wet towel" covered in dried blood and with his umbilical cord still attached, the chief said.

Jasso told police that they first thought the crying might have been a kitten, but as soon as he picked up the bag, he could tell it was too heavy.

Nuttall fished the child out of the bag and immediately cradled him in the towel, according to video of the incident and the police report. Green called 911.

"Their collective quick response to this emergency, including notification of 911, was absolutely pivotal in saving this baby’s life," Fons said. 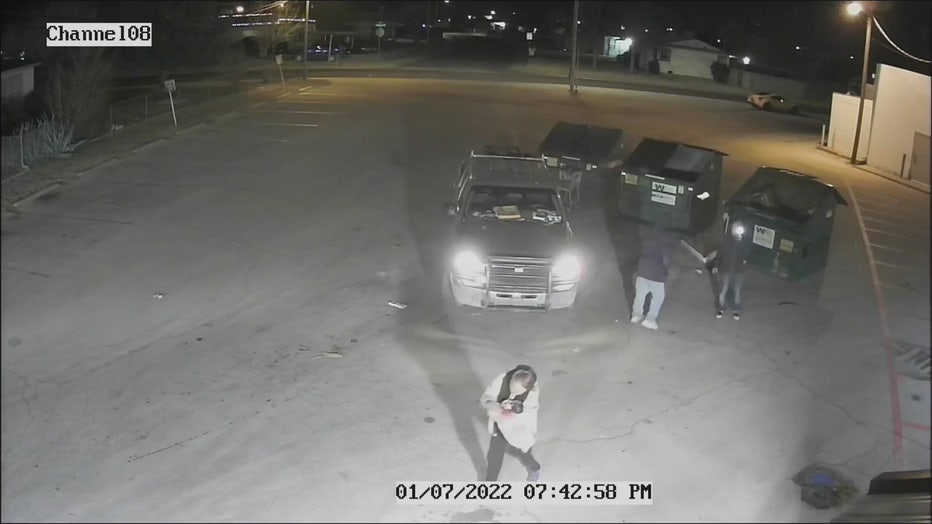 More than five hours later, the cameras show a group of people fishing through the dumpster and pulling the baby out. (Joe Imbriale/Rig Outfitters)

A short while later, investigators called Imbriale and asked if they could review his surveillance cameras, he told Fox News Digital Monday.

"They said we’re looking for somebody that dumped a black garbage bag in your dumpster, and I knew right then, I turned to the office and said, ‘Please don’t tell me it’s a baby,’" he said.

The room got emotional, he said, but one of the officers interjected: "The baby’s still alive. Don’t worry."

After reviewing the video, Hobbs police charged the mother, 18-year-old Alexis Avila, with attempted murder and child abuse. They said she confessed to investigators. Fons said investigators would not release the suspected father's identity because he is a juvenile.

He said Avila told investigators that she did not know she was pregnant until last week when she sought treatment for abdominal pain. She also told police she ended her relationship with the suspected father back in August.

Avila's mother, Martha Avila, told detectives that she'd banned the ex-boyfriend from their home in June after he allegedly "battered" her daughter.

Avila told police she gave birth to the boy in her parents' bathroom and panicked. She allegedly stuffed the baby inside two plastic bags, one with other trash, and left it in the dumpster.

Temperatures that night hovered around 36 degrees, according to police, and the "wind was blowing moderately."

During her interview with investigators, police said "Alexis referred to the baby as ‘it’ at all times." When detectives asked what she thought would happen to a baby left in a plastic bag, she didn't answer, according to the criminal complaint, obtained by Fox News Digital.

An ambulance brought the baby to a nearby hospital. The child later traveled by helicopter to another one in Lubbock, Texas, where he is in stable condition. Fons declined to release additional details about the child.

Fifth Judicial District prosecutors said the charges could be amended once Avila is arraigned.

All 50 states have "safe haven" laws that allow newborn children to be surrendered safely to a designated location, according to the U.S. Department of Health and Human Services.