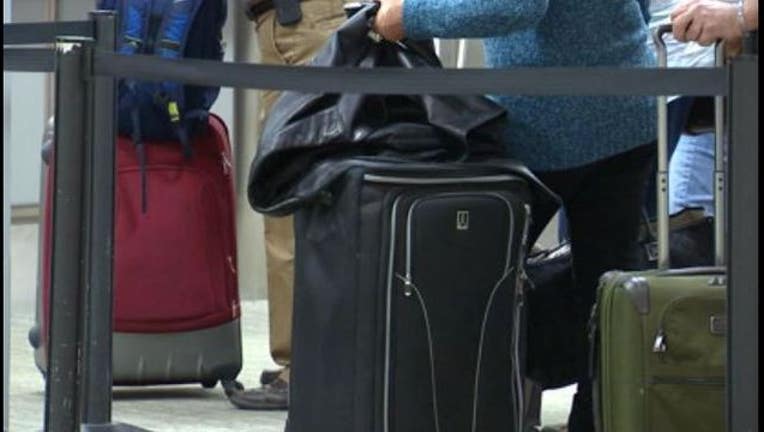 Frontier says it will charge passengers $5-$10 more for checked and carry-on bags between November 19 and January 5.

This is the second year Spirit Airlines will charge more during the holidays. Their plan calls for a $2 surcharge on checked bags only between December 16 and January 4.

Sen. Nelson calls the practice predatory. He wrote letters to the CEOs of all major U.S. airlines, urging them not to raise fees during the holiday season. He says American Airlines assured him fees would not go up.

"When it comes to the Christmas holidays, the Thanksgiving holidays, you start tacking on additional fees because it's a period of high demand, then I think this is going too far," said Sen. Nelson.

Frontier Airlines responded to Sen. Nelson by saying it believes it will actually save consumers millions during the month of December. It says its overall prices during the holidays are competitive.

Meanwhile in a statement sent to FOX 13, Spirit Airlines said its price hikes on checked bags are necessary to offset the fuel costs that result from increased demand for checked bags. Spirit says its fee structure is fair because, unlike some airlines that raise ticket prices to cover that cost, the airline only charges those who check bags. They say people who pack light can avoid the fee.

Sen. Nelson says he will bring the extra bag fees tied to demand up before the Senate Commerce Committee. He hopes to get the fees reversed.

Some customers say they already feel nickel and dimed by Spirit and Frontier and resent the higher bag fees.

"I think they're taking advantage of consumers. I don't think they're the only ones who do it, but to be so blatant about it," said passenger Bonnie Dellana.