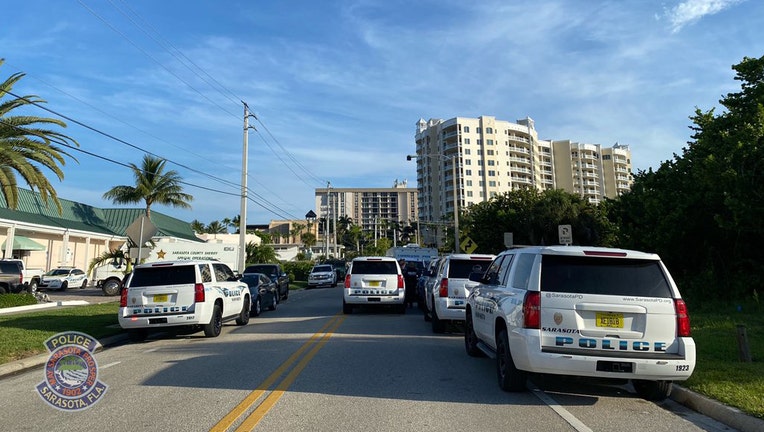 SARASOTA, Fla. - Officers with the Sarasota Police Department say a standoff with an armed man has ended after the suspect was found dead.

Specialty units from the Sarasota Police Department responded to a condo building at 1800 Benjamin Franklin Drive, just after 11:30 p.m. on Friday.

Officers say the 58-year-old male suspect was a disgruntled former employee at the condo complex who was fired from his maintenance job earlier this week. Officers believe the man fired shots into an empty, parked car.

Police say shortly after firing into the car, the man got into a dispute with two other people. Officers believed the man then barricaded himself on the condo property. 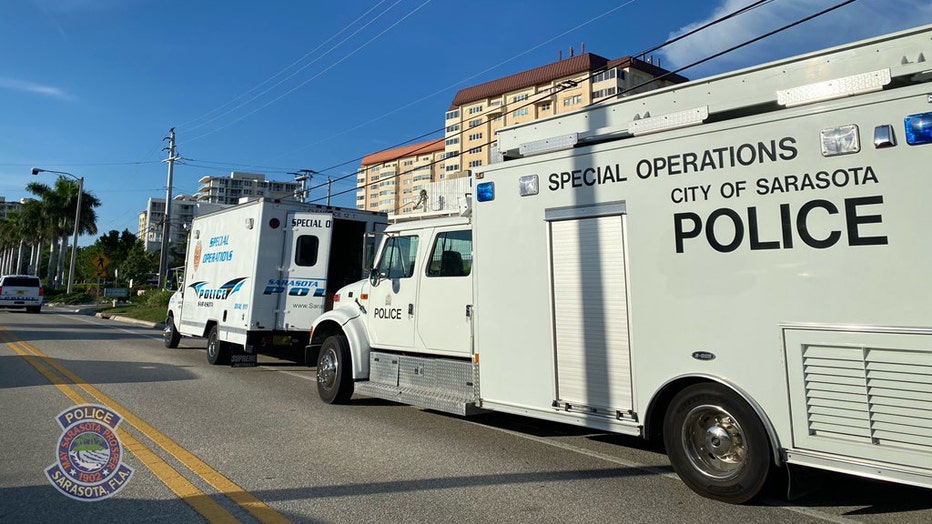 Just after 7:30 a.m. Saturday, the man Sarasota police officers were looking for was found dead from an apparent self-inflicted gunshot wound. The public is no longer believed to be in any danger.

The investigation remains active and ongoing. Benjamin Franklin Drive had been closed down but has since re-opened.