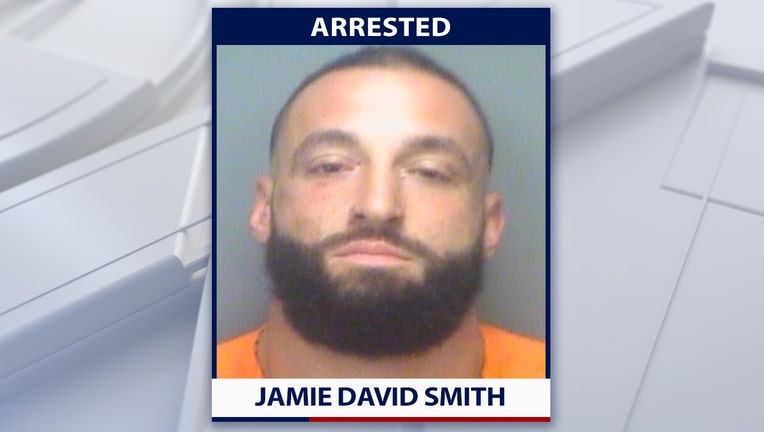 ST. PETERSBURG, Fla. - St. Petersburg police arrested Jamie David Smith, 32, after they say he forced his way inside a home after carjacking a vehicle and crashing it Saturday morning.

Police say Smith crashed the vehicle he was driving into the sign of Park Street Baptist Church, located at 3901 Park Street N., shortly before 7 a.m.

When a good Samaritan pulling a trailer with a boat stopped to ask if he was OK, Smith carjacked the vehicle and drove off with the boat in tow, according to police. He later lost control, the boat and trailer detached, and he swerved into oncoming traffic.

Police say he then tried to carjack another vehicle, pulled on the door handle, but was unsuccessful.

That’s when he ran off and knocked on the door of a random house in the 5200 block of Dartmouth Ave. North and forced his way inside. After being surrounded by police, Smith was taken into custody without incident. The homeowner is OK.