ST. PETERSBURG, Fla. - Whenever Ya La'ford can trade paintbrushes for car parts, she knows she's about to make a statement.

"The nature of my practice is grinding down and pushing the boundaries," she said from her studio in St. Petersburg.

She used the parts to force paint from the back to the front of a 12' by 6' canvas, where it joined an outline of downtown St. Pete's two-mile Grand Prix track.

Since this is art, nothing is by accident, not even the masking tape.

"The pattern represents our community, our intersections," said La'ford.

She was commissioned by McLaren and Vuse to make two pieces for this weekend. 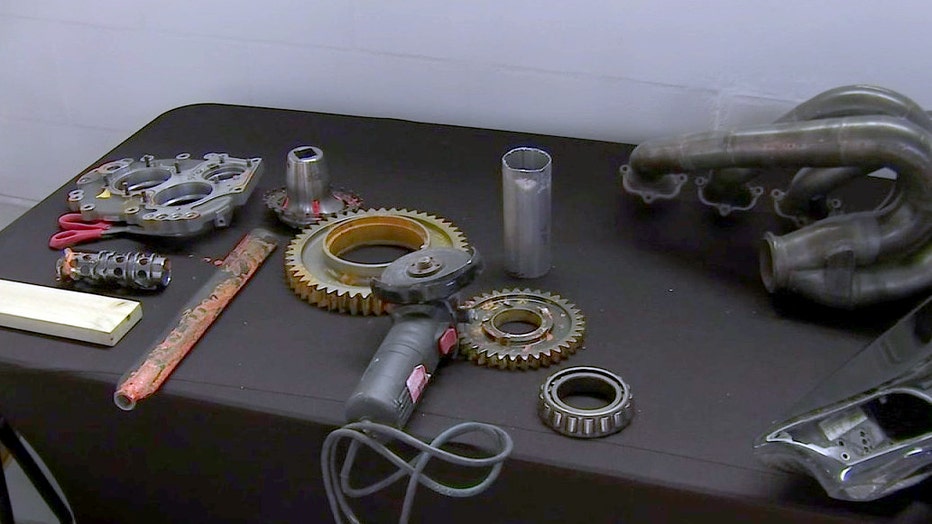 Ya La'ford creates art inspired by the world of auto racing

The painting will go on display at the Tampa Convention Center, the other will be an indy car that she paints trackside.

"The very nature of Indycar racing is its own art form," she said. "The rhythm, the motion, the beauty and the talent that comes within it."

If there’s anything you can count on in a Ya La'ford painting, it’s that it will include a message of social justice, even when the main subject is car racing.

It’s how she makes sure her passion serves her community. 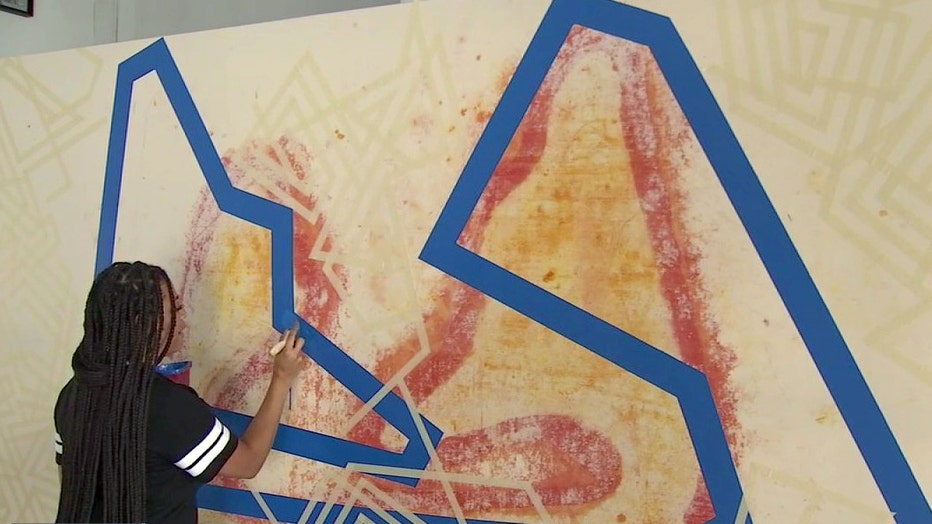 Ya La'ford creating artwork ahead of this weekend's Grand Prix

"I still have to finish the patterning, brighten the blue."

So when it comes to this attempt at brushes and bumpers, make sure you rubberneck for at least a moment this weekend.

After it goes on display this weekend at the Tampa Convention Center, the canvas painting will be placed at the St. Pete History Museum for good.