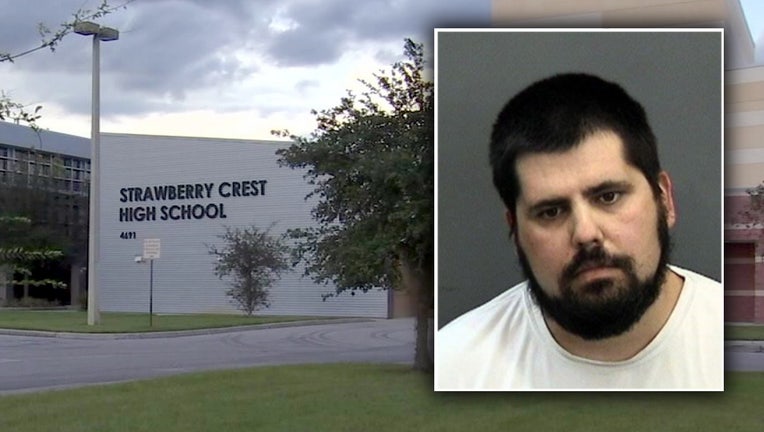 DOVER, Fla. - Authorities say a Hillsborough County teacher, accused of soliciting nude photos from an undercover detective posing as a minor, died just one day after his arrest.

According to deputies, Peace initiated a conversation with an undercover detective posing as a 14-year-old boy on social media back in March. Investigators said Peace solicited nude photos from the decoy teenager and sent explicit videos of himself.

Detectives charged Peace with five counts of transmission of harmful material to a minor, one count of unlawful use of a two-way communications device, and one count of use of computer services or devices to solicit certain illegal acts.

Following his arrest on Wednesday, the school district had said Peace would not be returning to his teaching position and that they would "move swiftly for termination" after learning of the allegations against him.

The Hillsborough County Sheriff's Office said it was working to determine if other minors or students had been victimized by Peace.

Peace bonded out of the Hillsborough County Jail around 1:30 a.m. Thursday. Later that morning, officers responded to a wooded area along Mendonsa Drive near Peace's Plant City home where they say they found a man dead from "upper body trauma." Plant City police said no foul play was suspected but they declined to identify the body as anyone other than a "white adult male."

Without specifying the manner of death, the school on Friday sent out a message to parents confirming that Peace had died. Additional grief counselors were being made available to students and staff members.

A medical examiner's office spokesperson said they had no additional information to immediately share about the cause of Peace's death.