NEW YORK - John Lambert, a co-founder behind Students for Trump — a youth group whose mission was to re-elect Donald Trump for president — has been sentenced to more than a year in prison for posing as a lawyer and scamming consumers and businesses out of $46,000.

According to the Justice Department, Lambert, 25, went by "Eric Pope" and pretended to be a New York-based attorney at a law firm called Pope and Dunn.

Authorities said he created a fake website, which claimed he was a graduate of the New York University School of Law who had 15 years of work experience with corporate and patent law. 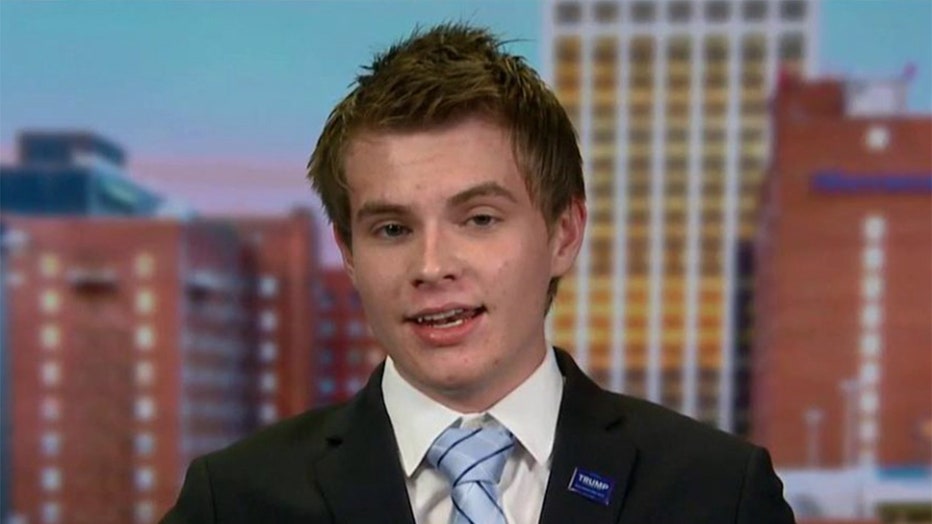 John Lambert, a co-founder behind Students for Trump (Fox Business)

Between 2016 and 2018, Lambert allegedly raked in more than $46,000 with the scheme, targeting people who were seeking legal advice.

"Through this background, Eric has stretched across many states, countries and different fields of expertise. He is sought after for his experience with financial and corporate matters due to his ability to mitigate legal scenarios while keeping the growth of his clients business a focal point," the website stated.

According to the Daily News, Lambert's attorney Gary Peters claimed in court he had been inspired by the fictional television show "Suits."

In August 2019, Lambert pleaded guilty in a New York federal court to one count of conspiracy to commit wire fraud.

"Lambert’s victims included at least six individuals and corporations who paid him money for purported legal advice and services. The victims hired Lambert to provide legal advice and services on a wide range of subjects, including issues with their credit reports, drafting a will, corporate and intellectual property law, and a dispute with a former employee," the Department of Justice wrote in a press release in 2019.

One of the victims withdrew money from his 401(k) account to pay Lambert, the DOJ reported.

According to court documents filed on Tuesday, Lambert will be imprisoned for 13 months and must surrender to a facility in the Pensacola, Florida or Montgomery, Alabama area on June 25. Upon release, he will be on supervised release for three years.

FOX News contributed to this story. This story was reported from Los Angeles.