Understanding the cone of uncertainty

TAMPA, Fla. - In the aftermath of Hurricane Ian, forecasters are evaluating the effectiveness of messaging around the National Hurricane Center Track Forecast Cone.

According to the NHC, the cone communicates the most likely track of the center – or eye – of a storm. Researchers said people have difficulty interpreting the graphics, and it may be time to rethink how these graphics are communicated.

A study published in August by a team of researchers surveyed more than 2,800 people between 2018-2019. Respondents answered questions about their trusted sources of information ahead of a hurricane and how they interpret risk based on the NHC cone graphics. 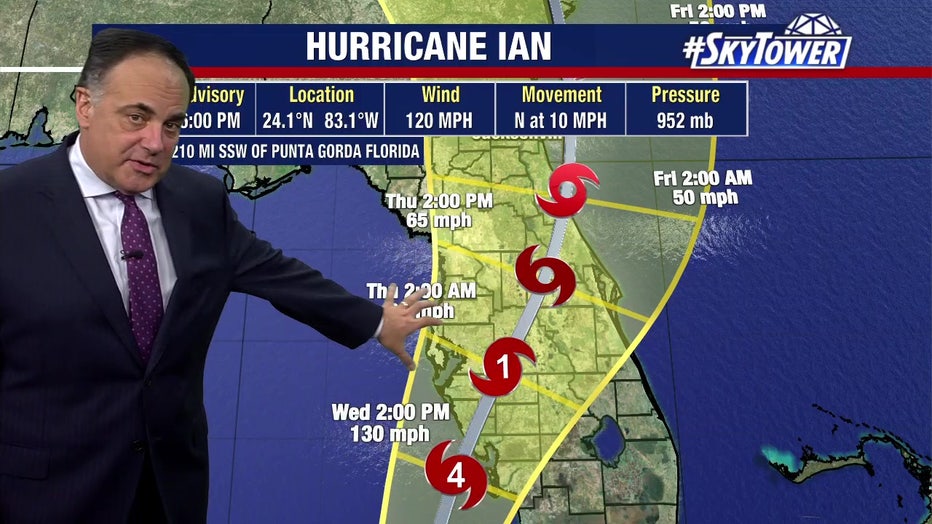 "That's the confusing part. The only job of the cone, is to say over time, based on statistics, this is where we think the center is going to be. The weather extends out way beyond the center," FOX13 Chief Meteorologist Paul Dellegatto said.

The NHC said the cone does not represent where any impacts such as strong tropical storm winds, storm surges, and heavy rain will occur.

"I think we need to simplify it. We need a better way to portray storm impact, storm damage and how people should prepare for an impending hurricane," Dellegatto said.

In a web post this month, the NHC said prior to Hurricane Ian, efforts were underway to study the cone and other aspects of hurricane risk communication, and they’re open to ‘evolving’ communication to be more effective.