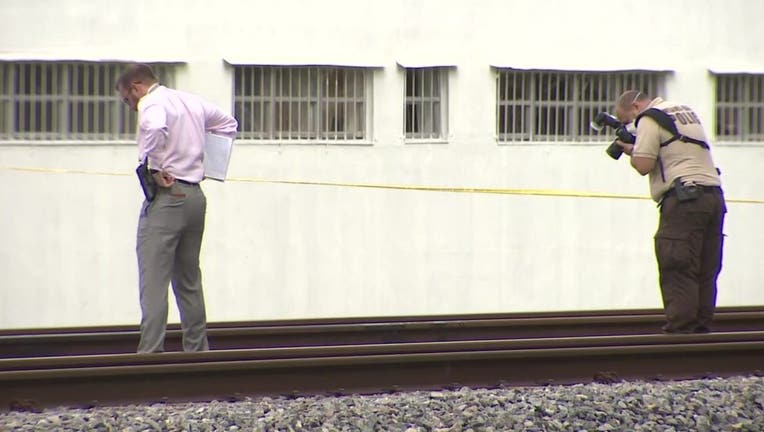 MIAMI SHORES, Fla. - Police in South Florida say a suspect was struck and killed by a train as he fled from officers.

When investigators arrived, they found a female victim with "visible marks."

That's when the suspect, identified only as a 23-year-old man, fled from officers and ran toward the train tracks.

Police said they ordered the suspect to stop, but he refused to obey their commands and was struck by an oncoming train.

The suspect died at the scene.

Investigators said the relationship between the suspect and the victim is unknown at this time.

Police are notifying the suspect's next of kin.