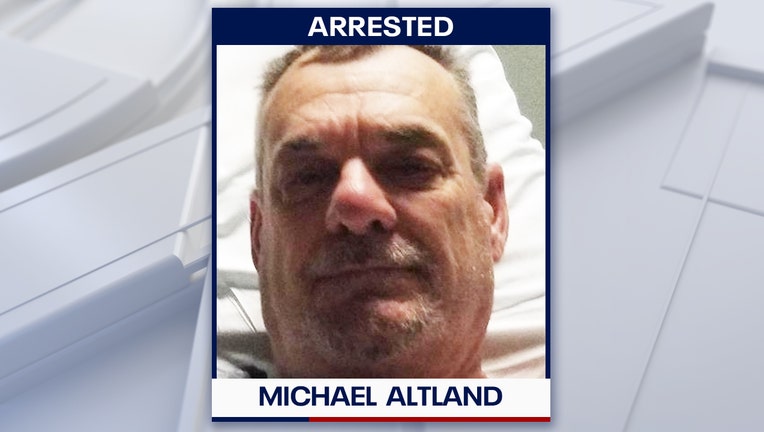 VALRICO, Fla. - A Valrico man has been charged with murder after investigators say he severely beat a woman who later died.

Hillsborough deputies received a 911 call just after 9 p.m. on Nov. 3 at a home on the 2000 block of Heritage Crest Drive in Valrico.

When investigators arrived, 66-year-old Michael Altland came out of the home covered in what appeared to be blood.

The victim was airlifted to Tampa General Hospital in extremely critical condition, while Altland was also transported to the hospital with minor lacerations on his hands.

Following an investigation and interviews with witnesses, detectives charged Altland with second-degree murder.

The suspect was arrested Monday and booked remotely due to being in the hospital for an unrelated issue, investigators said.

The sheriff's office urged the public to learn the warning signs for domestic violence, and shared the Spring of Tampa Bay's 24-hour crisis hotline: 813-247-7233.