TAMPA, Fla. (FOX 13) - The show should be bigger and better than ever before, and now, so will the security detail.

Local and federal authorities will be out Thursday as the city's new July 4th celebration, Boom By The Bay, gets set for its debut. But big events are nothing new for these crews.

"We're a city that's used to big events, and so much like Gasparilla, this is going to be a similar thing," said Tampa Police Chief, Brian Dugan. "We always communicate with the feds as to what's going on. We have our Tampa Bay Fusion Center, which we partner with many of the Bay area agencies. I'm in close contact with the Hillsborough County Sheriff's Office. They are going to be helping us out there on the water. We have the Coast Guard on the water. We'll have multiple agencies involved."

Festivities will begin at 4 p.m., with the fireworks show happening from four different locations along two and a half miles of the Hillsborough River, scheduled to go off at 9 p.m.

Before heading out for the day, officials are asking folks to take simple precautions, like staying hydrated and wearing sunscreen.

"If there is assistance that is needed, we will have paramedic units along the Riverwalk, in multiple locations for your assistance, should you need it," said Tampa Fire Chief Nick LoCicero.

For boaters, the water will be shut down before and after the fireworks go off.

"There will be a certain point and time where, if you're in your boat out on the water, whenever we lock it down, that's where you're going to be stuck for the night," said Dugan.

Chief Dugan is requesting families who are bringing children to take a photo of them in case they are separated from the group. He also asks if you see something suspicious, to please say something.

"This is the world we live in these days," said Dugan. "We cannot let our guard down when it comes down to any type of attempted act of violence."

Chief Dugan is encouraging people to stay connected by texting BOOM to 88877. By doing that, you will be alerted of any changes to the weather, start time of the fireworks, and parking. 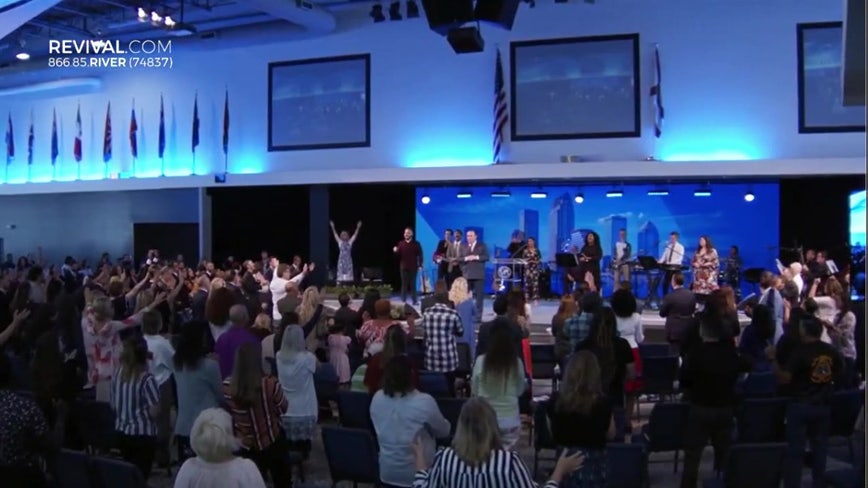