TAMPA, Fla. - The Tampa Convention Center will soon play a key role in providing clean energy to the city, with the building's roof presenting a 250,000-square-foot opportunity. Monday morning, the mayor and TECO announced plans for a large solar array on top of the waterfront building.

"Looking down from a tall building at the convention center, wide-open space, why didn’t we have a solar array on top of that?" asked Tampa Mayor Jane Castor.

Her wish is now coming true with Tampa Electric Company’s plan to build what will be the largest solar array in Hillsborough County atop the convention center.

Officials made the announcement at a rooftop press conference Monday where TECO’s chief executive laid out a lofty goal, to achieve net-zero carbon emissions from the company’s power plants by the year 2050. He admits, as of now, he doesn’t know just how the goal will be achieved.

RELATED: Tourism officials say Tampa Convention Center expansion will be worth the cost

"We’re being honest, we’re being transparent, we’re committed to this. It’s the right thing to do," said Archie Collins, president and CEO of Tampa Electric Company.

Collins says TECO has set a goal that its power plants will achieve net-zero carbon emissions by 2050. TECO will partner with USF to find the technologies to do it.

"This is a wonderful opportunity to work with the industry itself to come up with solutions that can be used across the world," said Rhea Law, interim USF president. 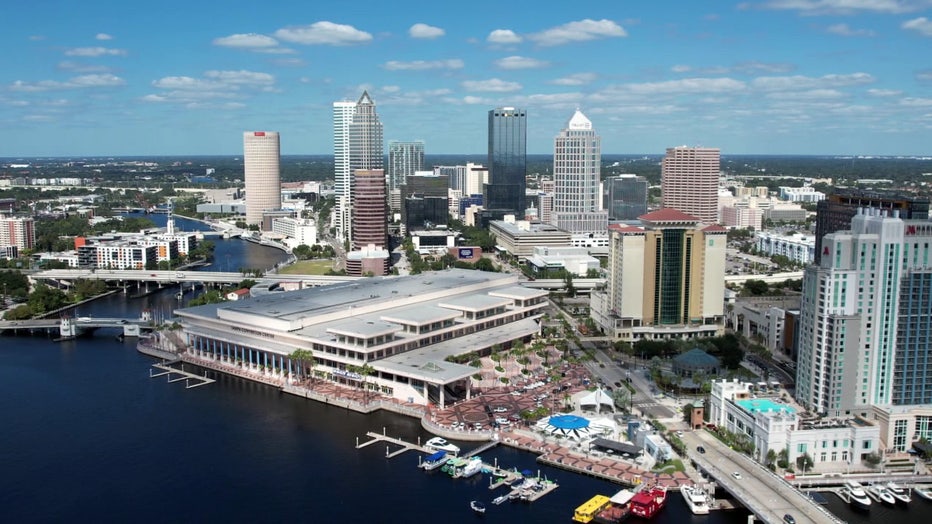 Since 2000, TECO has cut the use of coal by 90% and cut emissions of carbon dioxide from its power plants in half.

"If that team could do what they felt was impossible in the year 2000, then we can do what we feel is a daunting task now to achieve that net-zero aspiration," said Collins. He said TECO has kept power bills under the national average and pursuing net-zero emissions won’t ruin the company’s record.

The solar project coming to the top of the convention center is a step along the way toward a goal that doesn’t yet have a clear path to fruition. TECO is counting on future innovations to get there.

Work on the new panels is expected to begin on the next few months.