TAMPA, Fla. - Old Florida opened a world of wonder to the tourists of yesterday. Some of us were just kids at the time.

"Remember being in the back seat of the car or even the front seat of the car with no seatbelt trying to help mom and dad navigate from place to place," says Rodney Kite-Powell of the Tampa Bay History Center.

Families especially liked those colorful maps with pictures. They looked like Florida. There were pictures of fruits and vegetables, fish, people on the beach, and landmarks.

Kite-Powell heads the Touchton Map Library at the Tampa Bay History Center. His new exhibit, Kitschy Cartography: Illustrated and Pictorial Maps of Florida features the whimsical side of the map library, one of the best in the country.

The exhibit’s oldest illustrated map is from 1591. It shows the Florida Peninsula ending just south of what is now Tampa. It also has a drawing of a sea monster in the Gulf. 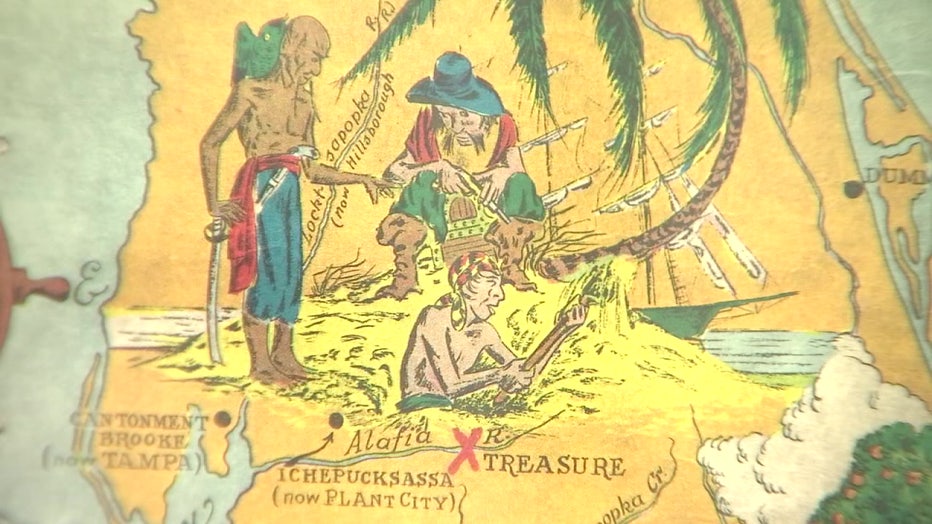 One of the illustrated maps from 1948 shows Florida on one side and California on the other. It was made by a company looking to convince tourists to choose a visit to Florida.

"It shows California as either freezing cold or covered with desert," explained Kite-Powell. "Not a place you would ever want to go."

Several of the old maps show pirates and the supposed locations of buried treasure.

"They don’t glamorize the look of pirates at all," says Kite-Powell. "They look like pretty sketchy people, at least in that particular map." 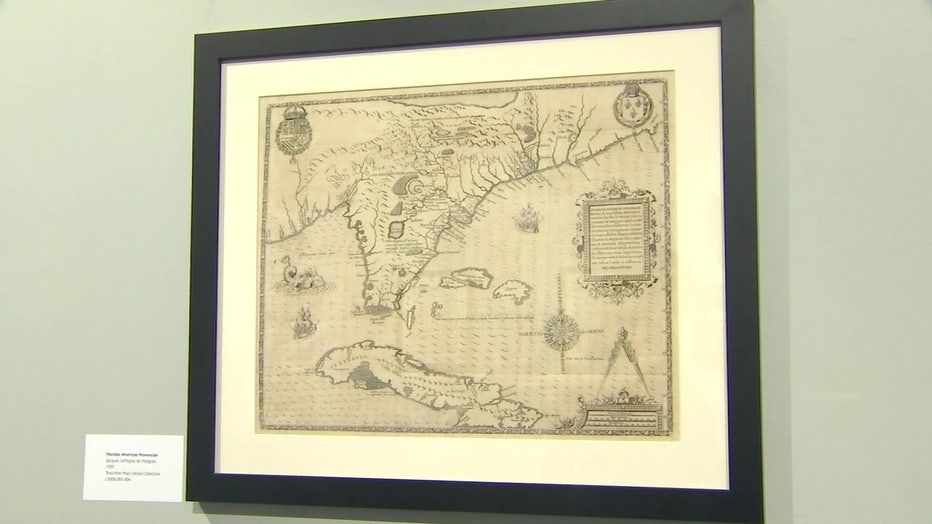 Sometimes the placemats at roadside restaurants were illustrated maps. They’re in the collection too. When you look at them it can take you back to those long rides in the backseat with mom and dad exploring Florida.

The exhibit is open through the end of the year at the Tampa Bay History Center on Water Street in Downtown Tampa.