TAMPA, Fla. - Many people across the Bay Area spent the weekend gathering supplies and filling sandbags in preparation for Tropical Storm Ian.

The line to fill up sandbags at MacFarlane Park in West Tampa wrapped around the block Sunday morning as residents begin to prep their homes for Ian.

"All this rain we've been getting the water has gotten a little too close to my front door and back door - so I want to be prepared and make sure it doesn't go in the house," Jimenez said.
MacFarlane Park is one of three City of Tampa sandbag locations open daily from 9 a.m.-6 p.m. where volunteers will be available with bags and shovels.

There is a 10-bag limit, and you will need to show proof of ID to verify you live within city limits.

Mayor Jane Castor also stopped by the site, stressing to residents that her team and local officials are making sure the city is ready for any potential flooding or high winds that Ian may bring.
"We put more water over the dam in the Hillsborough River. We emptied out our stormwater retention ponds. We unclogged all of the drains. All of that has been done," Mayor Castor stated.

Mayor Castor advised residents to find out if they live in a flood zone and keep a close eye on evacuation notices. 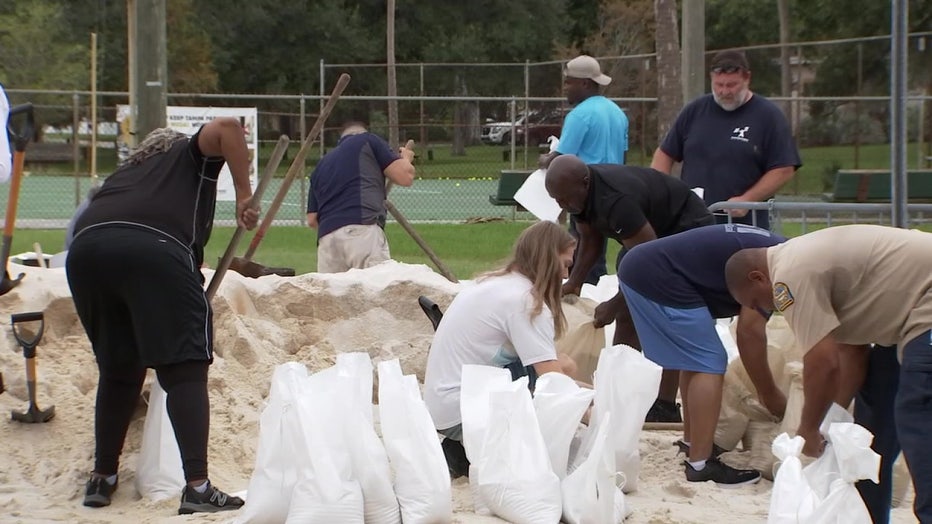 Counties across the Bay Area have opened sandbag locations ahead of Tropical Storm Ian.

RELATED: How you can prepare this weekend for Tropical Storm Ian

Within the city of Tampa, Castor said to stay informed by signing up for local alerts at by texting TAMPAREADY to 888-777, Residents can also text TAMPALISTA to 888-777 for alerts in Spanish. Register for voicemails and emails at Tampa.gov/AlertTampa or sign up on Twitter at @ALERTTAMPABAY.