NORTH PORT, Fla. - The help for those impacted by Hurricane Ian continues to pour in as Tampa police made their second deployment down to North Port Friday morning to continue helping residents hit the hardest in the Bay Area.

This second wave of 48 TPD officers relieved the 40 officers along with 15 Tampa firefighters from Tampa Fire Rescue who have been hard at work since last Saturday. They’ve been working to clear debris for residents and helping the North Port Police Department with all of their calls. 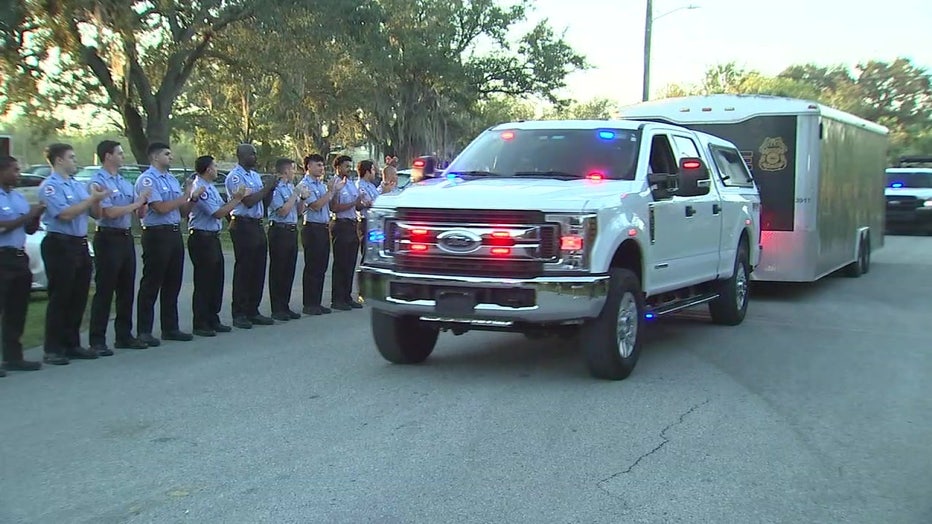 The officers that headed out Friday morning were also joined by officers from the Plant City Police Department and Tampa International Airport.

When the first group of officers deployed last week, FOX 13 joined them for their first day in North Port. During our time there, officers in high-water vehicles performed rescue after rescue. They wasted no time driving down flooded streets to find residents still trapped inside their homes, bringing them to safety and giving them fresh water and food.

In addition to rescues, officers on the ground told FOX 13 that it’s the little things they’re able to do that make a big difference.

Over the past week, TPD has shared their experiences on social media, explaining how those small gestures like putting a tarp on an elderly man’s roof who was unable to install the tarp himself or bringing a gallon of milk to a 93-year-old man have brought forth so much gratitude from residents.

The assistance from officers around the Tampa Bay area has been a huge help for members of North Port police, many of whom are dealing with their own losses following the storm.

Tampa Police Chief Mary O’Connor said they will continue to deploy crews to the area for as long as they’re needed.