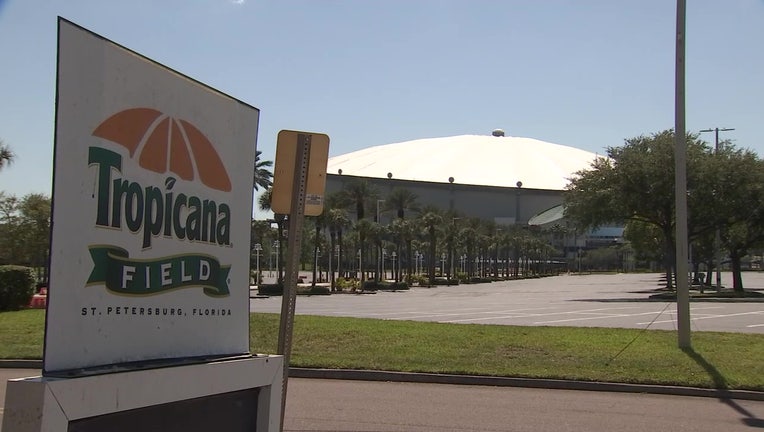 ST. PETERSBURG, Fla. - Tampa Bay mayors and baseball fans said it’s time for the Rays to decide about the location of their future ballpark. The saga has gone on for more than a decade, and the Tampa Bay Rays will leave Tropicana Field when their lease is up in 2027.

The location of the team's future home is between St. Petersburg and Tampa.

St. Pete Mayor Ken Welch has said it’s time for the team to "put a ring on it," but told FOX 13 Thursday, he didn’t want to speculate on the team’s internal conversations. Welch has floated a waterfront stadium idea at Al Lang Field where the Rays-owned Tampa Bay Rowdies soccer team plays.

Tampa Mayor Jane Castor has said she doesn’t view it as a competition with St. Pete because she wants to keep the team in the Bay Area. She's also said in a statement, "The team tells us they still are very interested in the Ybor site."

Rays fans at Thursday's game against the St. Louis Cardinals said they are growing impatient.

"The sooner we announce, the more people are going to come out to games and get behind this team," said a man who goes by the name "Cowbell Matt."

RELATED: ‘We just need to get moving on this’: Tampa mayor says it’s time for the Rays to make a stadium decision

The team has said they are "solely focused on keeping the Rays in Tampa Bay." Major League Baseball officials killed the team's plan to do a sister-city split season with Montreal, Canada.

The issue comes down to funding with taxpayers and politicians not wanting to write most of the check for a new ballpark – that is why an Ybor City deal fell apart a few years ago.

Mayor Welch is expected to announce by the end of this month what comes next for the land Tropicana Field sits on once the Rays lease is up.