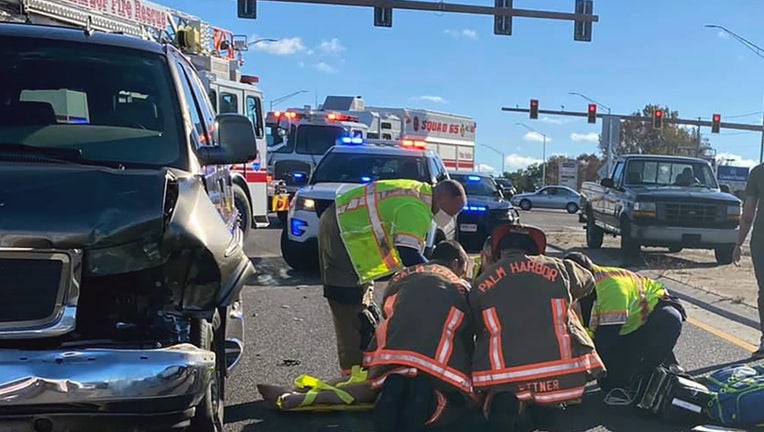 PALM HARBOR, Fla. - A teenager was hit while apparently trying to cross busy U.S. 19 in Palm Harbor this afternoon.

According to Palm Harbor Fire Rescue, the boy was in the median of U.S. 19 near Alderman Road when he stepped into the northbound side of the roadway and was hit.

They say a second vehicle collided with the first vehicle, which then ran over the teen.

The boy was flown to St. Joseph’s Hospital. There was no immediate word about his condition.

Drivers were being asked to avoid northbound U.S. 19 in the area., but the view from SkyFOX did not show any significant traffic delays.