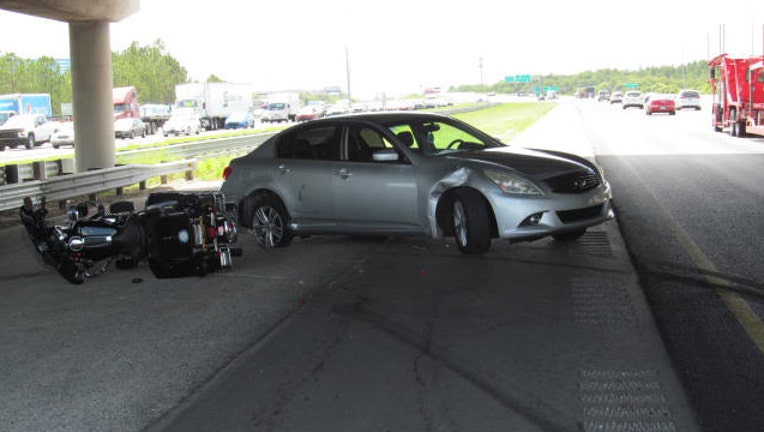 TAMPA, Fla. - A trooper with the Florida Highway Patrol suffered minor injuries after leaping over a barrier wall as a car that suffered a wheel separation came barreling toward him Saturday afternoon.

According to FHP, a motor trooper was parked along the shoulder of westbound Interstate 4 under US-301 conducting traffic enforcement shortly after 2 p.m.

The trooper was standing next to his motorcycle when he saw the car coming toward him.

To avoid being hit, he leaped over the barrier wall before the car struck his motorcycle.