After a deadly hit and run, the driver hides the victim's body, tells his friends he hit a deer and tries to cover up the evidence. FOX 13's Justin Matthews has the story.

WEEKI WACHEE, Fla. - Joseph Charles Strickland, 28, of Weeki Wachee, is facing several charges after hitting and killing a pedestrian, dumping their remains and fleeing the scene, according to the Florida Highway Patrol.

Troopers say Strickland was traveling westbound on Cortez Boulevard approaching the intersection of Steuben Street shortly after midnight when he struck a pedestrian, then traveled with the remains of the victim to the back of the Dixie Lee Bait shop located at 6408 Evanston Street in Spring Hill.

Strickland removed the remains from his vehicle and called several friends and his roommate to help him push his now-disabled car back to his home along Evanston Street, telling them he hit a deer, according to FHP.

Once he got home, troopers say, Strickland spray-painted the damaged portions of his vehicle, showered, and went to sleep.

Around 8 a.m., Strickland’s roommate looked at the vehicle and contacted law enforcement because he didn’t believe Strickland had hit a deer. The call coincided with the discovery of a human leg along the shoulder of Cortez Boulevard, west of U.S. 19. 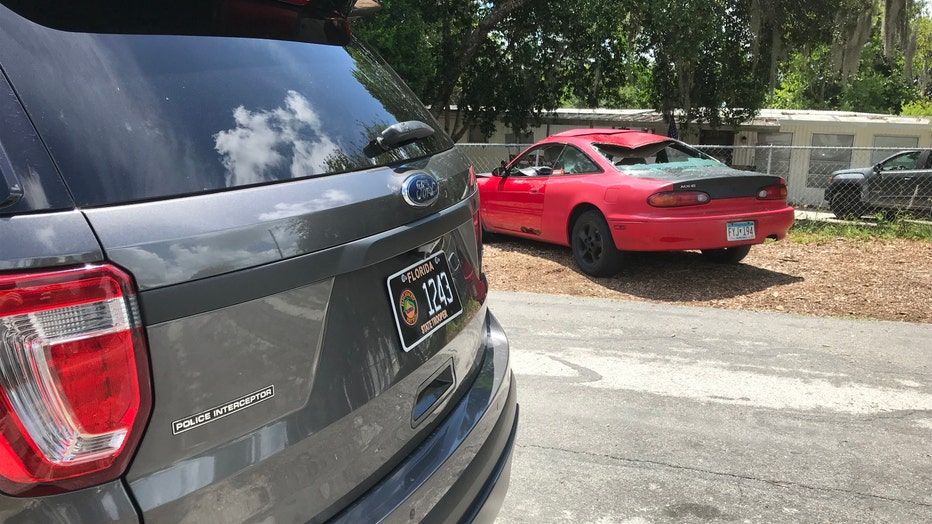 Troopers went to Strickland’s home and found the vehicle with severe damage. At the same time, troopers, Hernando County deputies and a Pasco County Sheriff's Office cadaver dog searched for the victim, who was soon located behind the Dixie Lee Bait shop.

Strickland had a warrant for his arrest for bodily harm, gross negligence, felony criminal vehicle operation in Minnesota and troopers attempted to arrest him. Strickland tried to flee, but deputies who surrounded his home captured him.

Troopers then arrested Strickland and charged him with the Minnesota warrant, plus leaving the scene of a crash involving a death, tampering with evidence, and other charges.

Cortez Boulevard was closed in both directions from Commercial Way to the Environmental Center, which is just past the back side of Weeki Wachee Springs State Park, for several hours while law enforcement investigated. It has since reopened.