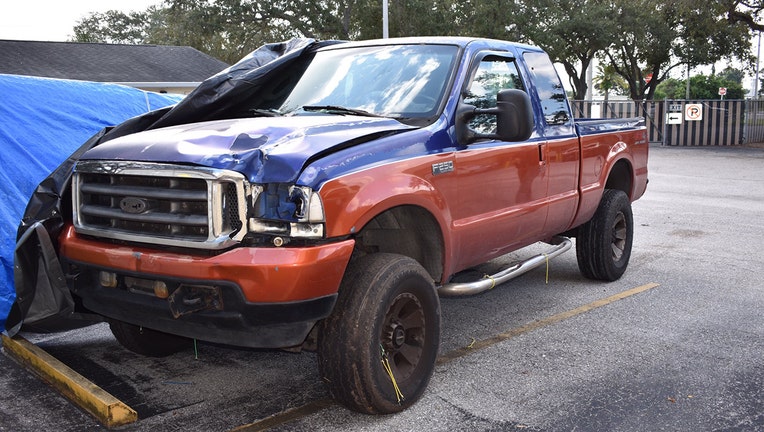 On Tuesday morning, troopers said a tip led them to the Ford pickup truck. It was located at 3608 16th Street West and matches the suspect vehicle description, and also has damage consistent with being involved in Monday's crash.

The crash occurred on U.S. Highway 41 near Bayshore Gardens Parkway.

The woman was crossing the six-lane road when she was struck and killed. Surveillance footage showed a Ford F-150 or F-250 pickup leaving the scene.

Without providing details, troopers said "an extensive investigation" revealed Richardson to be the driver. He was arrested and taken to the Manatee County Jail on Wednesday.