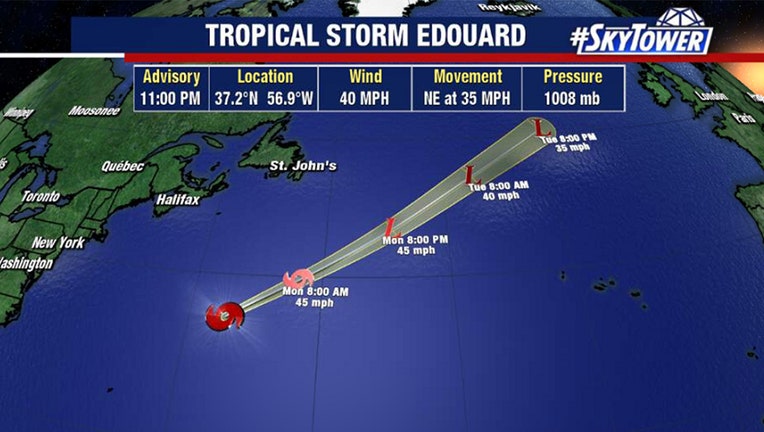 MIAMI, Fla. - Tropical Storm Edouard was moving early Monday through the Atlantic Ocean away from the continental United States.

Edouard had top sustained winds of 40 mph (65 kph), with higher gusts, the U.S. National Hurricane Center in Miami said. The storm was moving northeast at about 36 mph (57 kph). It was located about 530 miles (853 kilometers) south of Cape Race, Newfoundland, Canada.

No coastal storm watches or warnings are in effect. Edouard was expected to become a post-tropical storm later Monday.

Two named storms formed in the Atlantic before the official start of the hurricane season June 1.

Tropical Storm Arthur formed off the coast of Florida May 16, and Tropical Storm Bertha surprised the South Carolina coast May 27.

The earliest tropical cyclone on record also formed earlier this year, in the eastern North Pacific, far off the coast of Mexico on April 25.