WASHINGTON (AP) - President Donald Trump promised a July Fourth celebration for the public on the National Mall despite concerns over the coronavirus pandemic.

Speaking during the daily White House Coronavirus Task Force briefing Wednesday, Trump was asked whether or not going forward with the event would be safe, to which he replied, “We’re going to probably have 25 percent of what we had last year.”

RELATED: US vaccine agency director says he was dismissed over skepticism of malaria drug touted by Trump

“Ideally, it would be wonderful if we could actually have it as it was last year, and eventually we will have that,” he added.

Speaking during the daily White House Coronavirus Task Force briefing Wednesday, Trump was asked whether or not going forward with the event would be safe, to which he replied, “We’re going to probably have 25 percent of what we had last year.”

Comparing 2019’s “Salute to America” event to Dr. Martin Luther King, Jr.‘s “I Have a Dream” speech from the Lincoln Memorial in terms of audience turnout, Trump said he hopes 2020’s event might be “even greater” than last year, while suggesting the event would adhere to social distancing guidelines.

“This year most likely we’ll be standing six feet apart,” he said. 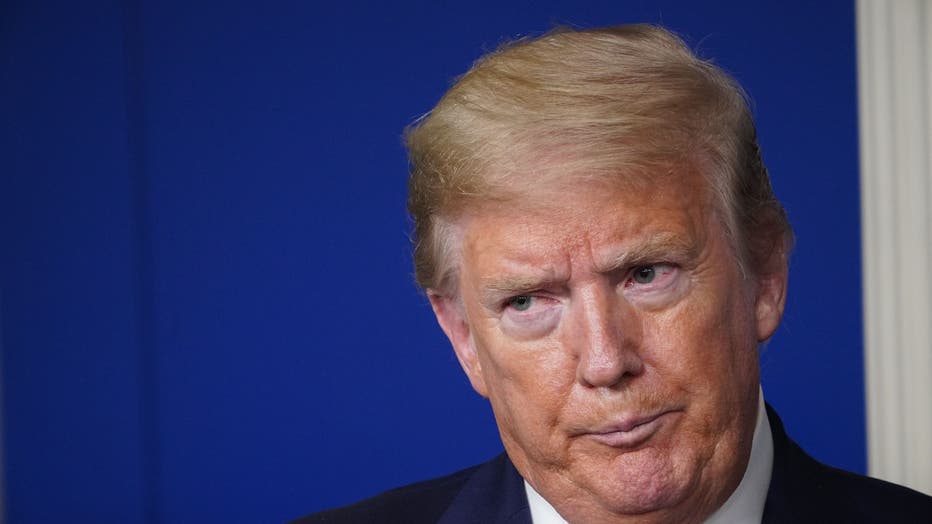 Last year, Trump was the first president to speak at the National Mall on Independence Day in nearly seven decades, the last time being during the the Korean War when former President Harry Truman addressed a large gathering on the Washington Monument grounds, marking the 175th anniversary of the signing of the Declaration of Independence.

There was no such historical marker last year for Trump, who for the past two years has sought a moment to orchestrate a display of America’s military prowess.

Much controversy surrounded the event, specifically its cost.

Under White House direction, the Pentagon arranged for an Air Force B-2 stealth bomber and other warplanes to conduct flyovers. There were Navy F-35 and F-18 fighter jets, the Navy Blue Angels aerobatics team, Army and Coast Guard helicopters and Marine V-22 Ospreys.

The Air Force said it costs $122,311 an hour to fly a B-2 bomber. Officials said the flight will be considered a training event, with the cost already budgeted. The per-hour flying cost of the F-22 fighter is $65,128.

The new guidelines are aimed at easing restrictions in areas with low coronavirus transmission rates.

Downplaying the seriousness of the pandemic on Wednesday, Trump urged a return to normalcy with the prospect of a repeat of 2019’s “Salute to America” festivity.

Trump added that the Pentagon is also planning a multi-city tour by the U.S. military’s top flight demonstration teams to “champion national unity” amid the coronavirus pandemic. He said the Blue Angels and the Thunderbirds, the demonstration squadrons for the Navy and Air Force, will fly over a number of cities.

Trump has frequently taken an optimistic view regarding the severity of the virus, including declarations last month that COVID-19 would “disappear.” In recent days, he has pushed for the nation to begin restarting its economy.

But his own health experts on Wednesday continued to urge caution. Dr. Anthony Fauci said that states beginning to reopen “should be careful” and that rushing to lift social distancing guidelines would likely accelerate infections.