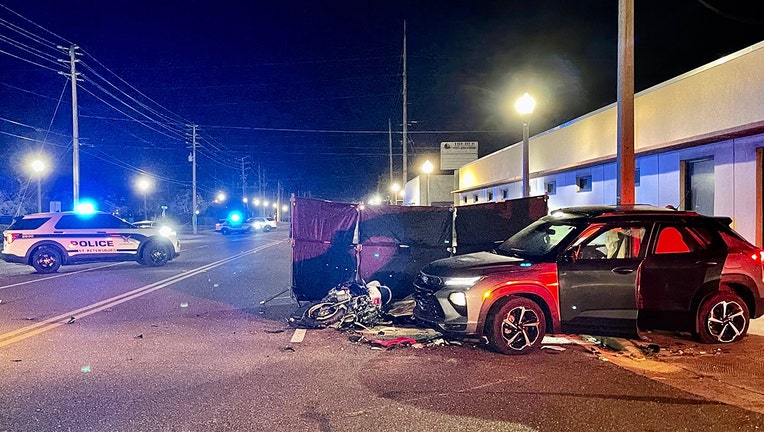 The collision occurred at the intersection of Roser Park Drive South and 4th Street South around 4:23 a.m.

Police said the motorcyclist died at the scene and three occupants from the SUV were taken to a nearby hospital. One person from the vehicle has since passed away and a second individual is in critical condition. None have been publicly identified by police.

Officials said 4th Street South will be closed between 9th Ave. S. and 11th Ave. S. The cause of the crash remains under investigation.