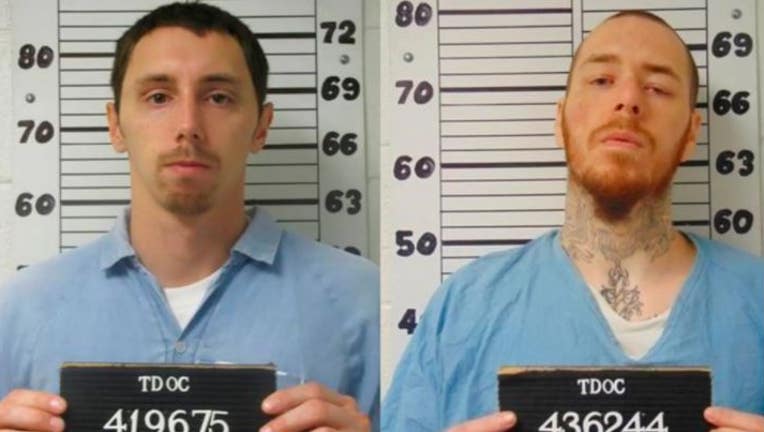 Christopher Osteen, 34, left, and Robert Lee Brown, 36, were taken into custody by law enforcement more than two days after the pair escaped from the Northwest Correctional Complex in Tiptonville, Tenn. (Tennessee Department of Correction via FOX New

Further details about the arrests were not immediately released Sunday evening.

Authorities announced Brown’s arrest about an hour before they said Osteen was found. Both men had been placed on the Tennessee Bureau of Investigation’s most-wanted list.

Tiptonville is about 1,070 miles (1,720 kilometers) northwest of Pompano Beach.

READ: Father arrested for DUI after November crash that killed 2, including young son

After escaping Friday morning, Brown and Osteen kidnapped an employee of the highway department in Fulton County, Kentucky, from a boat ramp on the Mississippi River, the sheriff’s office in Henry County, Tennessee, reported on its Facebook page.

The employee and his department truck were later found in Henry County, the sheriff’s office said.

Early Saturday, deputies found a Henry County resident who had been tied up in his home by the escapees. The sheriff’s office said the pair stole the resident’s red 2009 Chevrolet Silverado extended cab pickup truck, which was found Sunday in Florida.