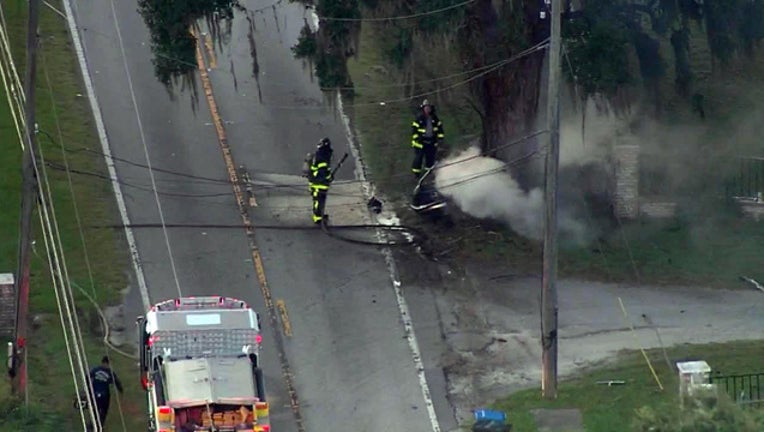 THONOTOSASSA, Fla. - Two people are dead after a crash Thursday morning in Thonotosassa.

According to the Hillsborough County Sheriff's Office, the scene is on the west end of Knights Griffin Road.

Investigators said a pickup truck and motorcycle were involved in the collision. One driver was found deceased at the scene. The other driver suffered life-threatening injuries and died at a nearby hospital.

Knights Griffin Road was closed for several hours after the crash, but it has since reopened.