The lights were up in a parking lot on Fourth Avenue North at the Coliseum as part of a tribute from the nonprofit Remember Honor Support, which organizes a yearly 9/11 tribute.

St. Pete Fire Rescue hoisted up a flag as a backdrop to the small crowd of residents and first responders who gathered for the memorial. A native New Yorker and Tampa Bay resident who was in New York City on 9/11 donated the spotlights this year as part of the tribute. 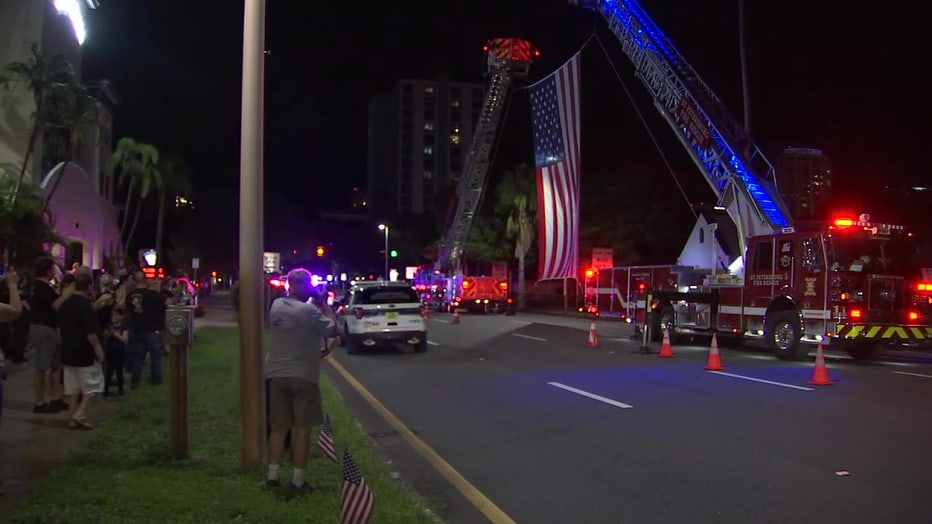 “I would say personally it makes me feel incredible that I have an opportunity to do this being that I was there,” said Brett Vickers, the spotlights donor and owner of the Realty One Group Sunshine. “I walked by St. Patrick’s Cathedral every day for a year and there was a funeral for a fireman at St. Patrick’s Cathedral.”

The lights turned on at approximately 9:11 p.m. and remained lit until around midnight. Organizers said they hope to bring the skylights back again next year.