October 28, 2017, a driver hit and killed 56-year-old Leonard Wimberly, Jr. as he was riding a bike on a Lake Wales road.&nbsp;The driver never stopped. To this day, no one has been arrested for taking Wimberly's life.

LAKE WALES, Fla. - It's been two heartbreaking years of waiting and wondering for a Polk County family. October 28, 2017, a driver hit and killed 56-year-old Leonard Wimberly, Jr. as he was riding a bike on a Lake Wales road.

The driver never stopped. To this day, no one has been arrested for taking Wimberly's life. His family is praying that, by keeping his story alive, it may finally encourage the person responsible to do the right thing.

Geraldine Vanscooter raised 9 children and a grandchild. But, two years ago, her first, her oldest, was taken from her.

Leonard Wimberly, Jr., who never got a driver's license, preferred walking or biking to get around. On the night of Oct. 28, 2017, he was riding a three-wheeled bicycle along Masterpiece Road, east of Longhorn Drive in Lake Wales. It was just after midnight when a driver traveling west slammed into him and never stopped. 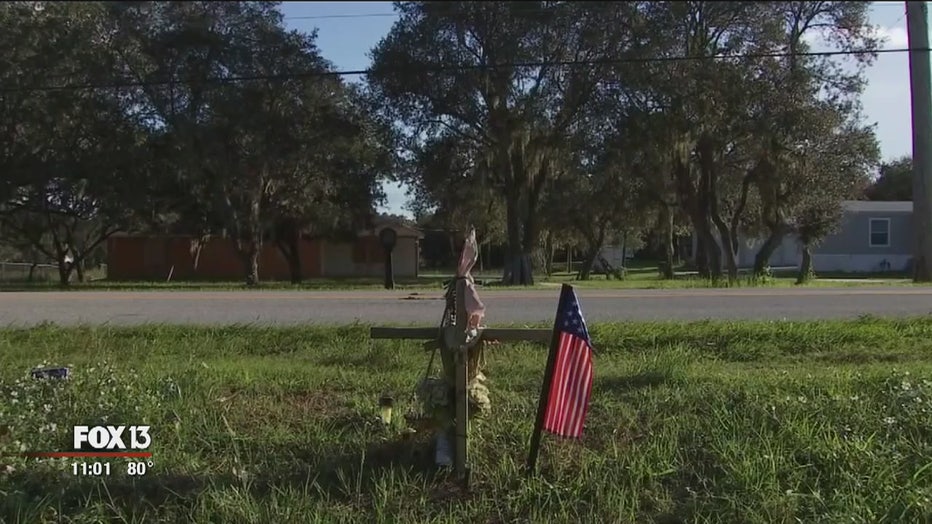 "It seems like everybody forgot about him and that's not how it's supposed to be," said Wimberly's niece, Danielle Castilleja.

Two years later, with no arrest and no answers, a white memorial cross situated at the crash site is their last connection to the gentle giant lovingly known as "Big Foot," a man who they say adored children and never knew an enemy.

"Every day I pass it, I say, love you, Foot," Vanscooter said, "and, I throw him kisses. I just wish I could hold him one more time."

They don't harbor anger in their hearts.

"He was always the forgiver," said Wimberly's sister Janet Goodman, "so, that's why it's so easy for us to forgive because, you know, that's what he would tell us."

In fact, Wimberly's family prays for the person who took his life that night, hoping that someday, they'll get the closure and peace they've been missing for two long years.

"I don't hate them," Vanscooter said. "I just wish that you would turn yourself in, and I pray to God that you would come forward and get this off of us because we are the ones hurting, too."

Please call PCSO at 863-298-6200 if you have any information about this incident. Anyone with information who wants to remain anonymous and be eligible for a cash reward is asked to call HEARTLAND CRIME STOPPERS AT 1-800-226-TIPS or log onto www.P3tips.com to submit your tip via the web.