ST. PETERSBURG, Fla. - By now, Pinellas County resident Kelly Morgan knows the routine. She has been trying to arrange for COVID-19 vaccines for her 70-year-old mom and 92-year-old grandmother for three months.

"It has been an ongoing thing where I get up at 6:30 and get in the waiting room every Monday, Wednesday, and Friday," Morgan explained. "I have three family members total, and my mom and my grandma are two of them."

She happened to get one appointment at a Publix for her grandmother. But her mom, who has comorbidities, is still out of luck.

"To be this concerned all the time about their health and well-being, it's exhausting," she said.

And now even more so, as the governor's order allows anyone who has a form signed by their doctor to get into the pool.

Four new federally-supported vaccination sites will open Wednesday across the state – one of which is right in Tampa. It’s also one of the first in the country.

It requires a doctor, like Johns Hopkins All Children's Hospital's Joe Perno, to say which patients are "extremely vulnerable" to severe illness due to COVID-19, for the purposes of receiving a vaccine.

"That's pretty vague," said Perno. "They have left a lot of leeway for physicians to decide that."

The Centers for Disease Control and Prevention website says adults who have any one of dozens of potential conditions -- including cancer, heart disease, pregnancy, or smoking -- are at higher risk for severe illness if they contract the coronavirus. However, the state's form does not list any specific conditions. 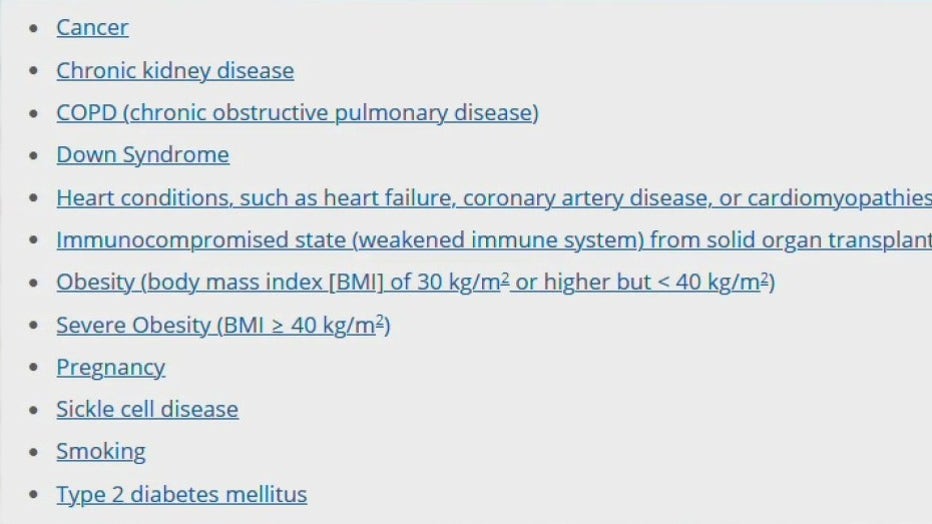 It's up to individual doctors and doctors say they are getting flooded with requests from patients.

"If we feel there's enough vaccine coming down the pike, I think there is enough operations opening to deliver the vaccine, I am excited about the expansion of the criteria," Perno said. "But yes, I don't want to forget about one group as we move to another group."

Florida Governor Ron DeSantis has also opened it up to teachers and first responders over 50. Kelly Morgan is worried that scoring a sacred appointment for her mother has gotten exponentially harder.

"I do think anyone at risk should get access to this vaccine," said Morgan, "but I just don't think the seniors have been prioritized as much as they should have been."