TOKYO - U.S. Army 1st Lt. Amber English took home the gold and set an Olympic record in women’s skeet shooting on July 26. But before arriving in Tokyo, the Colorado Springs-native was based in Georgia, training to become an officer in the United States Army.

Skeet shooting competitors use a shotgun in attempts to break clay targets mechanically flung in the air.

Both men and women fire from eight different locations called "stations." Athletes take 25 shots each in five rounds over three days and the six best shooters move on to the medal round, according to Olympics.com.

English, who grew up in a shooting family, narrowly missed out on making the Olympic team in 2012. In 2016, she made the team as an alternate but did not compete.

Five years later, in 2021, English went shot for shot with Bacosi, shooting 47 of her first 50 targets. English perfectly shot every target, despite missing the final two, to secure the first place finish and her first gold medal.

Bringing home hardware with the perfect shot is nothing new for the English family. Her father won four world championship medals from 1982-87 in 10-meter running target. Her mother and aunt were nationally ranked rifle shooters.

The program "allows top-ranked Soldier-athletes to perform at the international level while also serving their nation in the military" according to the program’s website. Athletes train and compete throughout the year, aiming for a spot in the Olympic or Paralympic Games. 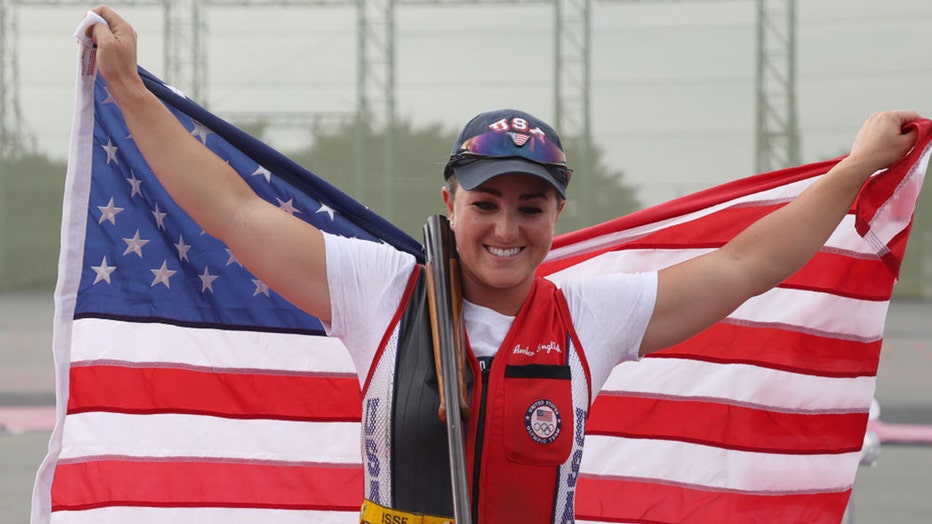 Hancock also set an Olympic record, hitting 59 out of 60 targets to beat Denmark’s, Jesper Hansen. Hancock took home the gold in the 2008 and 2012 Olympics but fell short of glory in 2016 with an uncharacteristic 15th place finish.

This year, Hancock reclaimed victory and cemented himself as the first American skeet shooter to win three gold medals.