TAMPA, Fla. - The Tampa Bay Lightning's national anthem singer has become a familiar face and voice around Tampa Bay. Other than the players, Sonya Bryson-Kirksey is now, arguably, the most popular person on the ice at Amalie Arena.

Wednesday night, she will sing the anthem before the Bolts take on the Montreal Canadiens in Game 5 of the Stanley Cup Final.

She never expected this to happen but is thrilled that it did. If you had told her that she would have the eyes of 20,000 people on her, "I probably would have thought you were crazy, first of all," Bryson-Kirksey told FOX 13 News.

Second of all, she would have said, "Cool!"

"It is such a thrill to be out on the ice and doing something for a team that is so amazing," she said.

In 2013, the Air Force technical sergeant – who started singing in church as a kid in South Carolina – was looking for ways to sing at more than events for the military. When the Rays called MacDill to ask who would be able to sing the anthem on military appreciation night, they recommended Sonya. 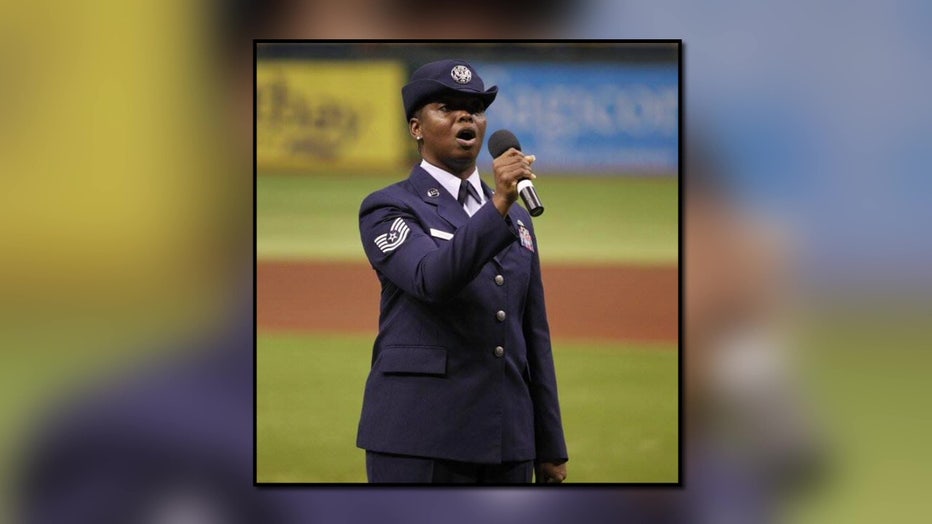 Before long, the head of Lightning game presentation noticed her – and the way the crowd reacted to her.

"I want them to say they felt it. That is my job every night. Not to be flowery, not to make it my song. So that they feel what I feel."

She sings seriously, with a military vet's technical precision and a slight flare. She appreciates an arena crowd that stands at relative attention during the anthem, even though a hockey game is about to start. 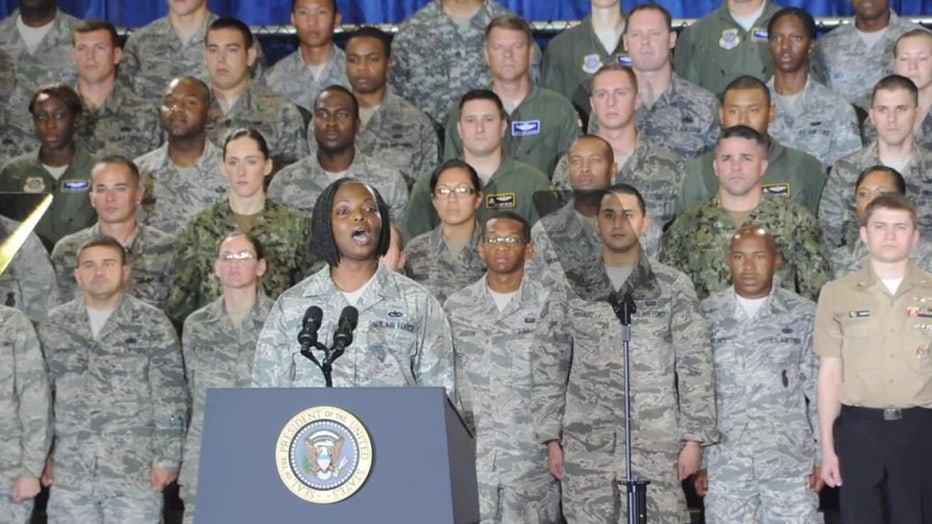 The only thing she reveres more than the anthem is the country for which it stands.

"It is something all of us put into. It's not a color. It's not an ethnicity. It's a feeling. It's a belonging. It's who we are, collectively."

She says "all for one" is also the motto of the Lightning organization.

Of course, the players are the ones scoring goals, but she says each is symbolic of how the organization is run. Her rise as the Lightning de facto anthem singer coincides with the team's rise to the top of the NHL.

"Everybody had the same amount of confidence at the same time," she pointed out.

One note at a time, she honors her team, military career, and country.