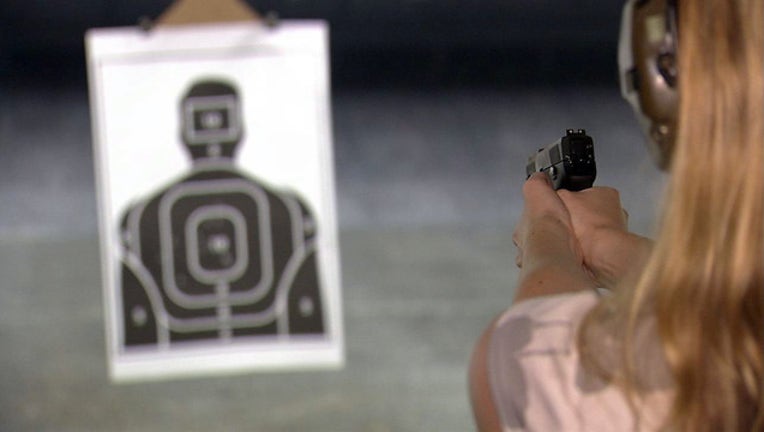 At the gun range.

Attorney General Mark Herring, a Democrat, said the state will revoke its reciprocity agreement with the states because their concealed weapon laws don't meet Virginia's standards. Those states hand out permits to people who are barred under the Virginia law, like fugitives, convicted stalkers and drug dealers, which undermines the state's law and puts residents at risk, he said.

"Evenly, consistently and fairly enforcing Virginia's concealed handgun permit law, as we are now doing, means that it will be more difficult for potentially dangerous individuals to conceal their handguns here in Virginia and that will make Virginians safer, especially Virginian law enforcement," Herring said.

The move means that Virginians will no longer be able to use their concealed handgun permits in six states that require a mutual reciprocity agreement: Florida, Louisiana, North Dakota, Pennsylvania, South Carolina and Wyoming.

John Whitbeck, chairman of the Virginia Republican Party, said Herring's announcement was further proof that Democrats have "declared war on the Second Amendment."

The top Republican in the GOP-controlled House of Delegates said that Herring is "damaging the integrity of the office he holds."

"Despite promising to take politics out of the attorney general's office, Mark Herring consistently seeks to interpret and apply the law of the Commonwealth through the lens of his own personal, political opinions," House Speaker William Howell said.

Lars Dalseide, a spokesman for the National Rifle Association, said concealed handgun reciprocity agreements between states have ended before, but his organization is unaware of another state ever implementing a change of this magnitude.

States are currently being notified about the change, which goes into effect on Feb. 1, Herring said. The only states that have tough enough laws to maintain their reciprocity agreement with Virginia are: Michigan, Oklahoma, Texas, Utah and West Virginia, he said.