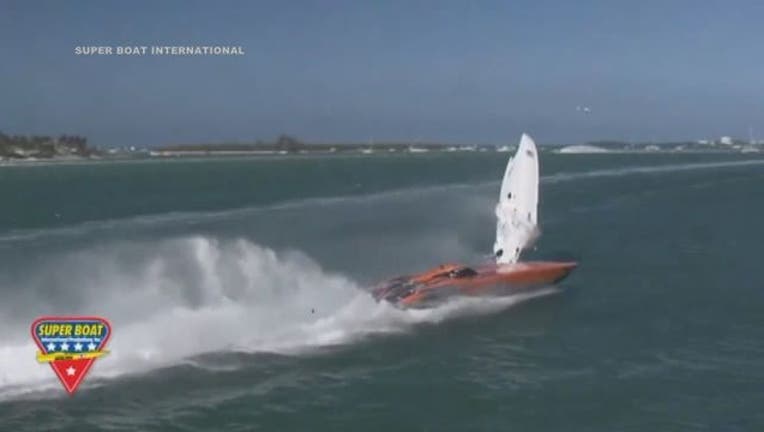 Dramatic video captured the super boat crash at the Key West World Championship on Friday. CT Marine’s boat climbed over the rear of another boat and landed upside down in Key West Harbor. Fortunately, no one was hurt.

As rescue vessels arrived, the boat’s crew emerged through the boat’s bottom escape hatch. The boat’s driver was able to pilot the vessel back to the dock.

But they quickly pulled ahead of rival WHM Motorsports, driven by William Mauff of East Setauket, New York, and throttled by Jay Muller of Sallie River, New Jersey.