TAMPA, Fla. - You could call it a sign of the times: Proud parents are doing their best to make up for canceled graduation ceremonies with congratulatory signs.

“It was very difficult for him to be quarantined at home away from his friends,” King said. “There was no prom, no graduation. It was the end of his sports season.”

So she paid to have a graduation sign printed and posted it in her front yard, like many other parents in the Westchase neighborhood.

But King’s sign was up all of two weeks before she received a letter in the mail from her homeowners association.

“It read, 'you currently are in violation of the association's governing documents based on the following: Violation is an unauthorized sign,'” she said. 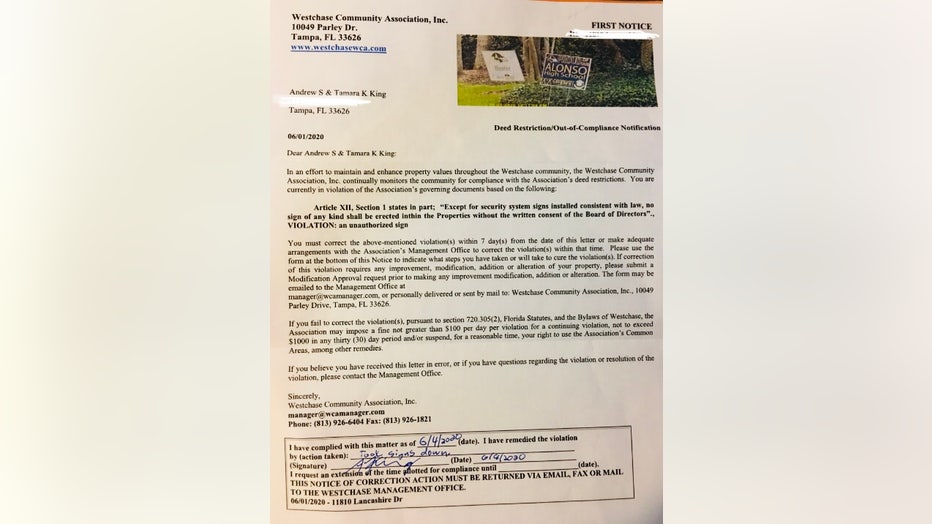 The homeowners association went on to say she would be fined $100 per day until she removed it, up to $1,000 over a 30-day period.

“It just hurt me so badly because of what these kids had gone through,” she said. “We have thousands of residents in this neighborhood and some people have three or more signs. They were all over the neighborhood.” 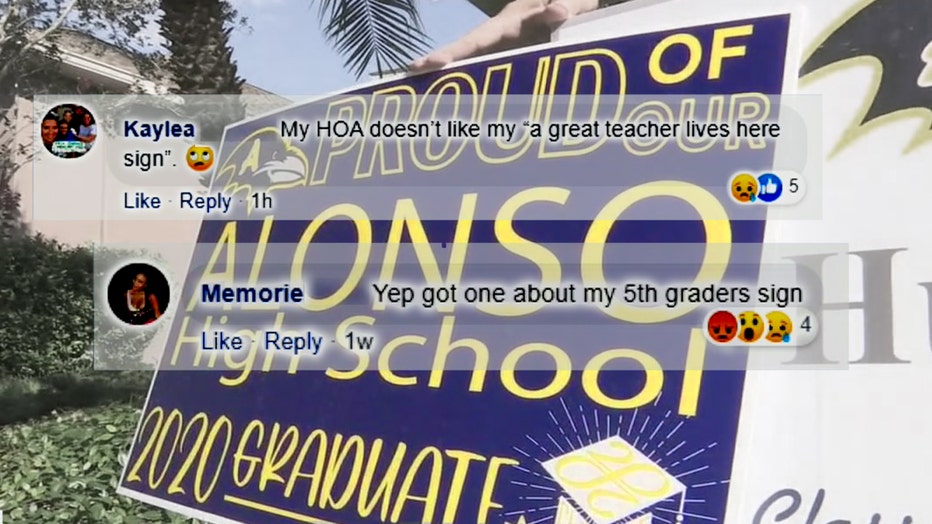 The local uproar in Tampa caused King’s HOA let keep them up through July 6, but she says she never received anything in writing.

“As you can see, driving through the neighborhood, we all took them down,” she said. “I understand they make us sign when we move here and that they have rules. But to me, it’s about showing a little compassion about the COVID-19 situation.”

FOX 13 reached out to the board president of the Westchase Community Association, Shawn Yesner. Over the phone, Yesner said the original complaint that came in had to do with a non-graduation sign, but when the letters went out, it included all residents with temporary signs. He says the issue has been placed on the next voting member agenda.